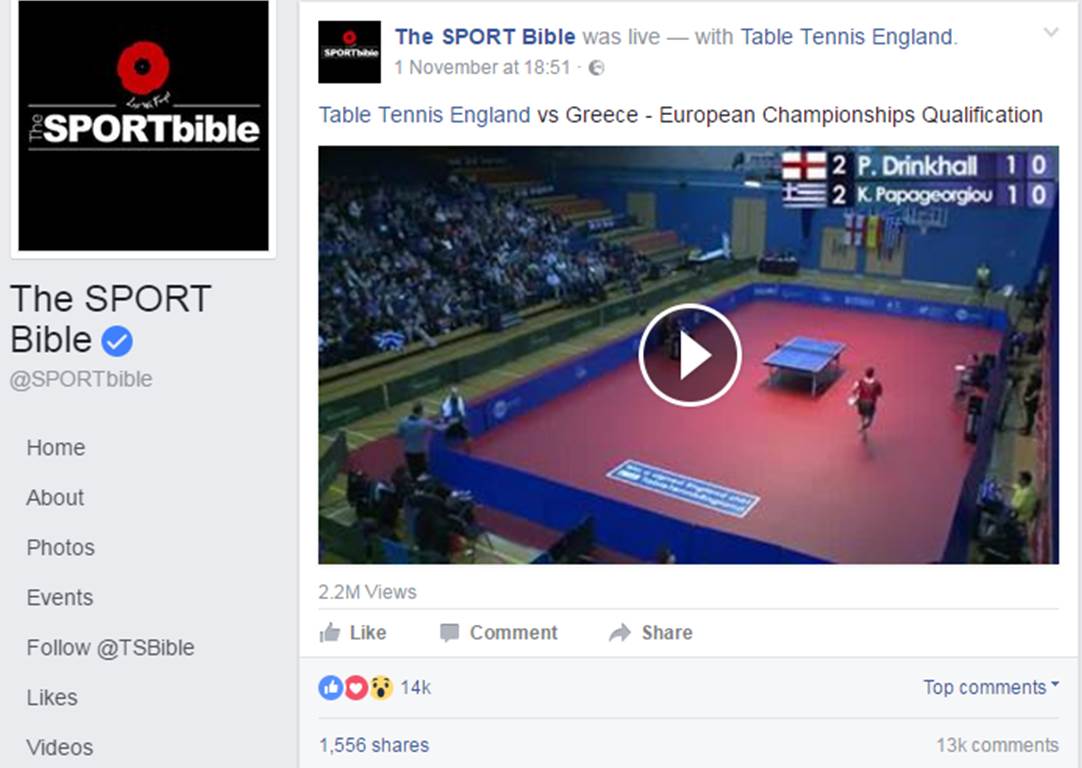 TheSPORTbible – one of the most visited sports media websites in the United Kingdom with over 8.5m likes on Facebook – partnered with 1080 Media to deliver the live video which included four cameras, full commentary and player interviews.

Broadcasted exclusively digitally, the match received a remarkable total of 2.1m views, marking a first both for sports governing bodies in England and the digital publisher.

Mark Taffler, Head of Commercial at Table Tennis England, believes that the broadcast could pave the way to a whole new market for sports rights.

“We proved last night that there is a market for this kind of broadcast – and that it’s a big market. By broadcasting through The SPORTbible we’ve bypassed the traditional sports rights market and gone to where the audience is. As a strategy, it’s proved incredibly effective.”

“On Tuesday night, the same night as Man City were playing Barcelona in the Champions League, there were 2.1m people watching table tennis. There is an appetite from people to watch our sport and, through a platform like The SPORTbible, we are finding them.”

The audience figures are a clear reminder of the market for stream-only sports events, and how rights holders can reach an audience demographic of millennials which mainstream broadcasters are finding increasingly difficult to engage with.

Furthermore, the live content may well have benefited from the Champions League coverage on TV. As users headed to second-screen social media, they could briefly tune in to table tennis, without changing channel.

Funded by Sport England, TTE’s main aim is to market, develop and get more people playing table tennis. Reaching over 8M sports fans in one evening, then, is the perfect storm.