Home > News > AFTER A DISAPPOINTING WORLD CUP, HOW CAN EUROPEAN RUGBY REDRESS THE BALANCE OF WORLD RUGBY?

AFTER A DISAPPOINTING WORLD CUP, HOW CAN EUROPEAN RUGBY REDRESS THE BALANCE OF WORLD RUGBY? 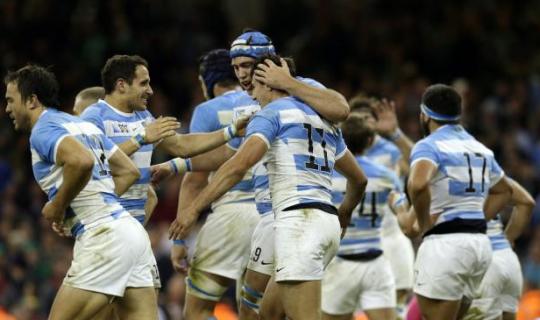 With no sides in the semi-finals for the first time ever, Rugby World Cup 2015 has been an underwhelming experience for Europe’s top sides. Brave performances from Scotland and Wales in the quarter finals, and strong showings from Georgia and Romania aside, the balance of power seems to lie south of the Equator.

Ireland, who were ranked 2nd in the world earlier this year were humbled by an enterprising Argentina team reaping the benefits of playing in the Rugby Championship. France could not repeat their great victories of 1999 and 2007, and were crushed by a historic performance by New Zealand, and England’s failures have been well documented.

The problem is evident; just 19 wins in 81 matches against what we could now call the now ‘Big Four’ since the 2011 Rugby World Cup, but how can European rugby solve it?

One answer is for changes to be made to the Six Nations. It is the only major club or international competition in the world that doesn’t use bonus points; a system designed to produce more attacking rugby and creative players.

Argentina’s rapid ascent since 2012 also raises the issue of whether the closed shop Six Nations should open up. Teams like Georgia and Romania have been performing well for some time despite limited chances against Tier 1 opposition. A promotion/ relegation play-off between the last place finisher in the Six Nations and the winner of the European Nations Cup would allow for extra opportunity for Tier 2 countries and help grow the game in Europe, without diluting the product on offer in the Six Nations. If, for example, Georgia replace Italy in the 2017 Six Nations then they would be there on merit, and can test themselves against Europe’s traditional powerhouses. The added intrigue this gives to a Wooden Spoon clash during the 6 Nations surely would only add to the drama of the tournament.

Much has been made in the media post mortem of Europe’s Rugby World Cup about the role that cold European winters play in creating a conservative rugby mind set in players from a young age. There is no doubt that there is little incentive or reward in running from under your posts on a blustery, wet day in the Scottish Highlands. Another point of contention has been the structure of rugby in Europe compared with the Southern Hemisphere. The Aviva premiership and Top 14 both have the threat of relegation looming of struggling sides, while in the Super Rugby there are no consequences to finishing bottom of the league. This causes southern Hemisphere players to be more care free in their play than their European counterparts. There is nothing wrong with conservative play as long you have the required skills to see and finish opportunities when they arise.

We would all love to see more tries and attacking from deep in Europe, but often conditions simply don’t allow for it. The final day of the Six Nations this year proved that all Europe’s sides can play scintillating rugby, and that Europe has players with exceptional ball skills. The major issue is that they don’t exist throughout the whole side as they seem to in the Rugby Championship or in teams like Fiji. Fiji’s struggle to make a real impact in the Rugby World Cup, despite having some of the most talented runners and ball handlers in the world (they will among the favourites for Rugby 7s gold at the 2016 Olympics) demonstrates the need for a more balanced mentality.

Club and provincial rugby in Europe is as strong as ever, with the Top 14, Pro 12 and Aviva Premiership able to lure top stars away from the Super Rugby. All Black legend Mils Muliaina has been playing his rugby at Connacht, by far the least glamorous of Ireland’s provinces, a scenario that would be impossible if not for the rude health of domestic European rugby. There is no lack of quality opposition for young European players, but they are generally developing into conservative, defence focussed players. It shouldn’t take too much to solve that.

Argentina have proved that you can change your rugby culture in just a few years. With the right minds behind the scenes, who can hopefully instil some of the freedom that the Southern Hemisphere seem to play with, there is no reason why a European side cannot develop players of a similar ilk. In Warren Gatland, Vern Cotter and Joe Schmidt there are some exceptional coaches in charge of European sides. They can develop sides that are capable of creating the best of both worlds, a team with the traditional European set piece dominance, complimented by players from 1-15 that are comfortable on the ball as we so often see in the Rugby Championship. The last time a side like that truly existed in Europe they reached the top of the world, and it can happen again.