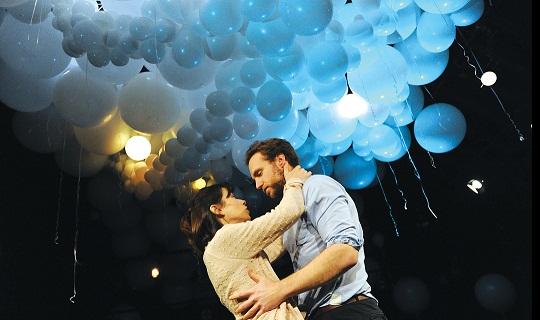 ATG was founded by Sir Howard Panter and Rosemary Squire OBE in 1992 and is one of the UK’s biggest business success stories.  Panter and Squire are now the most influential couple in UK theatre, having topped The Stage 100 four years consecutively. ATG is the only major theatre organisation in the world with such an extensive regional reach to operate across three industry segments of production, venue management and ticketing.

With 39 venues across the UK, the group is looking to expand into new markets in North America, Asia and Australia.  ATG’s recent purchase of the Foxwoods Theatre, the largest house on Broadway in New York, signifies the group’s intent.

ATG is a prolific producer of live entertainment, regionally, nationally and internationally, including many of the world’s best-known shows, including West Side Story, The Rocky Horror Show, Priscilla Queen of the Desert, The Book of Mormon, Spamalot, Ghost, and South Pacific and Noises Off.

Pat Westwell, Marketing Director at ATG said: “We’re excited to be working with Generate to create a strategy that will allow us to develop the Ambassador Theatre Group as a leader within the theatre industry. Theatre is a form of entertainment that continues to attract and motivate audiences across the world; this project will raise the curtain and see us continue to improve.”

Andy Muggleton, Director of Generate, said, “Theatre is a fantastic medium that has staying power, defying the digital revolution that has significantly altered other arts industries. We’re thrilled to be working with ATG who represent an exciting, clean and scaleable opportunity for partnership within theatre as it continues to grow. We look forward to being a part of the future success of the organisation.’”