AMBUSH MARKETING IS A GOOOOOO! 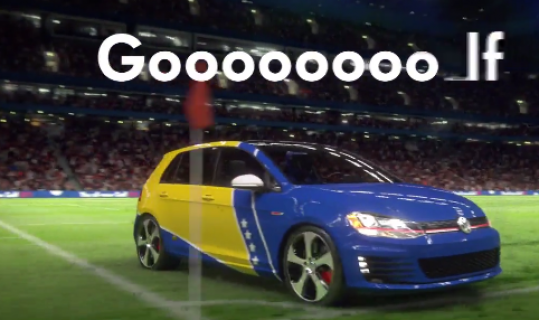 As has become accustomed to major sporting events of late; non-affiliated brands are looking for ways to cash in on the FIFA World Cup without actually having to pay a penny on sponsorship. As one of the highest globally viewed shows on earth, the FIFA World Cup has become the battle ground for global brands and agencies alike, with a quill in one hand and a legal textbook in the other, to fight for standout amongst the crowd (without infringing the law in the process).

Despite rival car manufacturer Hyundai being the official car sponsor of the FIFA World Cup, this week Volkswagon of America have unveiled their ambush marketing campaign to promote its Golf GTI ‘Gooooooolf Celebration’ video to show on ESPN.com. The videos will show different coloured GTI’s matching the national colours of the country that scores; driving across the pitch with the text ‘Gooooooolf’ prominently featured throughout.

Other examples of marketing campaigns walking a fine line this summer are:

FIFA states that it is not opposed to “businesses benefitting from the thriving economy surrounding the World Cup” however considers “ambush marketing by intrusion” crimes punishable by fines and imprisonment. Clearly FIFA are looking to protect the integrity and perception of the FIFA World Cup as a sponsorship property. The sheer magnitude of this ambush frenzy threatens to dilute the activation campaigns of those officially associated with the tournament and FIFA cannot allow the value of their sponsorship to be questioned.

It would be interesting to look in more depth at how other global rights holders protect their sponsors against ambush marketing. For now, brands continue to see ambush marketing as a real opportunity and it’s difficult to argue with them.