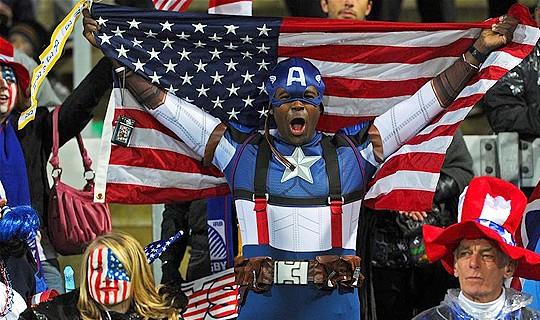 This week, it was confirmed that a new 15-a-side Rugby Union League is set to start in the USA.

The newly formed National Rugby Football League (NRFL) is due to kick off in 2016 with teams across the States competing for the title. English club Leicester Tigers has already confirmed that they will be jumping across the pond to play the all-star US team NRFL Rough Riders in August next year as a warm up before the real action begins.

Rugby Union coming to the USA has been on the cards for a while. They have the facilities, the TV network and most importantly players who have the right body make up to play the game - it’s just taken them a while to realise it.

According to NCAA figures from 2011, in any given year, there are about 15,000 seniors playing American football at college. Only 1.7% will make it to the NFL.

The result is thousands of skilful, seriously fit, dedicated young players who are unwanted and face the end of their athletic careers. Only recently has it been realised that these young men all have the physical qualities required on the Rugby Union pitch – strength, speed and stamina. All that’s left is to teach them the technical side which under intense training can be learned in a few short years.

Under the beady eyes of George Robertson and Michael Clements, the founders of RugbyLaw, the USA have developed an elite coaching programme and fast tracked some of their best players into fully fledged Rugby Union players ready for 2016.

To make the launch of the game a success, they don’t just need good players. They need a strong fan base as well.

Currently this doesn’t seem to be a problem as the popularity of the game is certainly growing across the waters, with 61,500 people pouring into the Soldier Field stadium last week to watch USA V The All Blacks. This was the largest ever audience for an international rugby content on American turf. In fact, according to the Sports and Fitness Industry Association, rugby union has been the fastest growing US team sport in the last five years with more kids taking up the sport than ever before.

Come 2016, it will be interesting to see whether this American Dream performs as well as it looks on paper………….