ANOTHER LONDON TOUCHDOWN FOR THE NFL 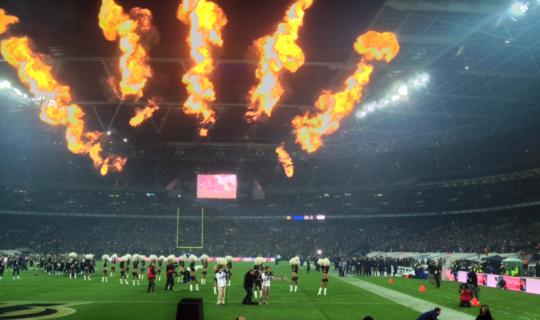 The NFL welcomed 84,004 fans (if not fans, the curious that the NFL hope will become fans) to Wembley Stadium for last night’s match-up between the ‘temporary tenants of Wembley Stadium’ (thanks largely to Stan Kroenke), the St. Louis Rams, and Tom Brady and his merry men, the New England Patriots.

Let’s quickly get the result out the way – a show of pure class by the Pats resulted in a 45-7 hammering of the Rams. Brady threw four touchdown passes and the Pats offense dominated proceedings.

However, the action on the field was only part of the story as the NFL rolled into town to continue its quest of growing the sport on these shores and eventually realising the ambition of a NFL franchise in London.

Let’s have a look at a few things we noticed on a weekend we forgot about ‘soccer’:

1. The Fan Rally was held in Trafalgar Square, an impressive location to welcome 45K people and give them a taste of what to expect the following evening - it also catered to those who missed out on match tickets. The following pic gives you a flavour: 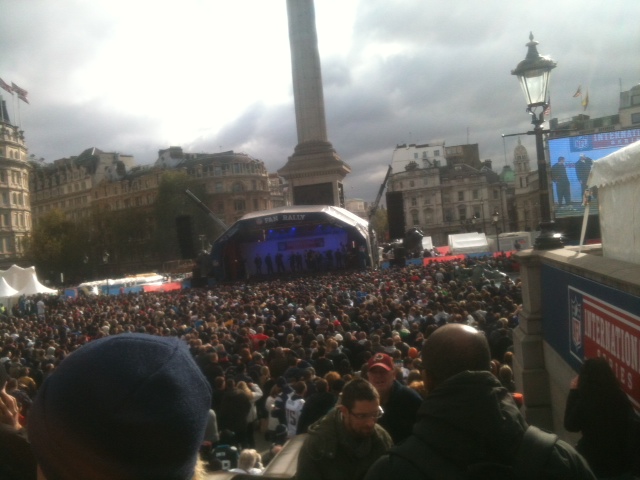 2. The Tailgate Party was a great opportunity for Budweiser to engage with fans and taking one look at the size of the marquee, they invested heavily – a smart move, particularly as the punters were all drinking Carlsberg in the stadium. I took the following image at the end of the party: 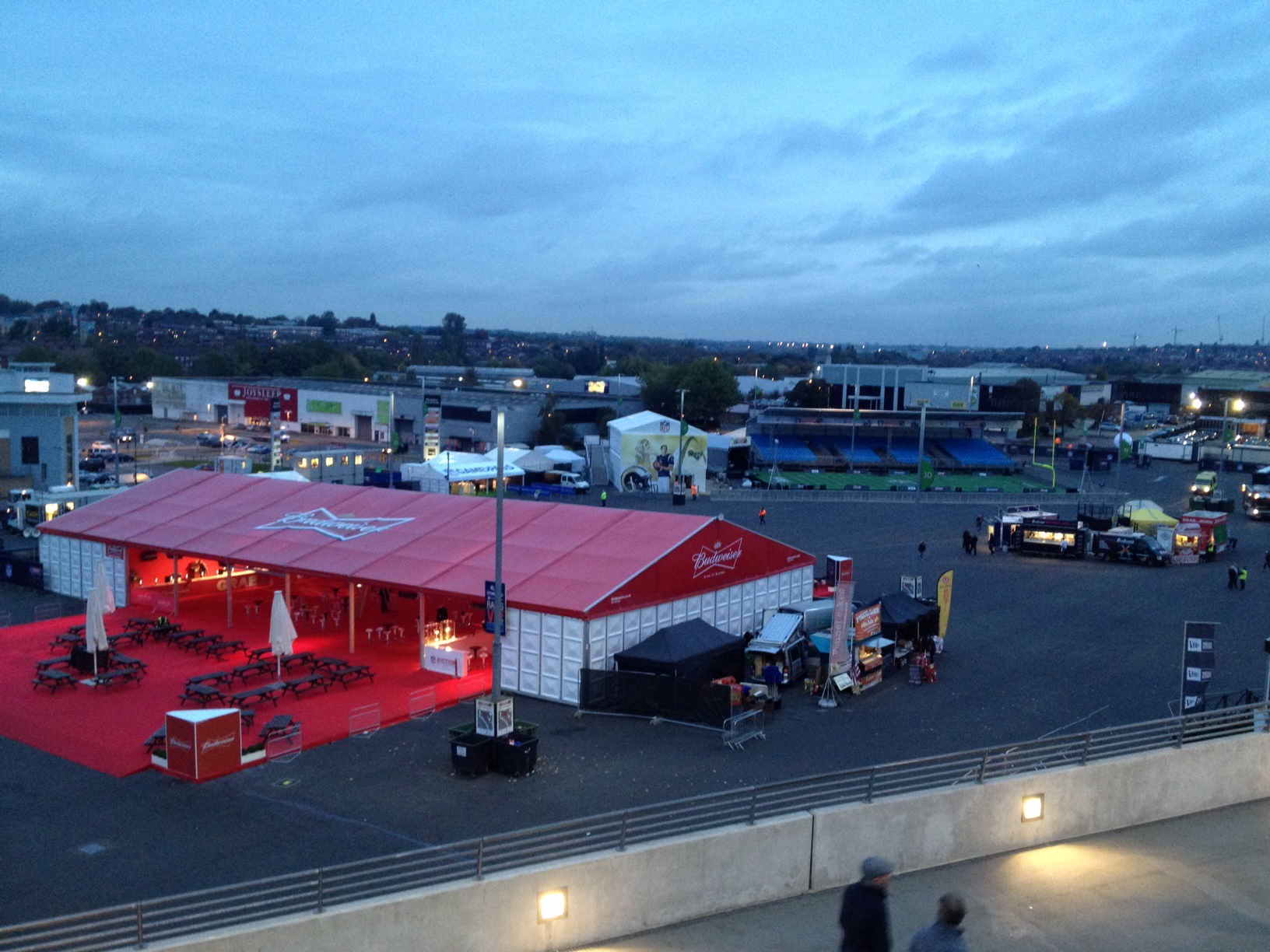 3. Much like this blog title, the NFL know how to maximise sponsorship platforms - last night I witnessed the Pepsi Max replay, Visa booth review, Ford first down and even better, they alternate sponsors per quarter – it was the Gatorade replay in the third

4. There are a lot of breaks in a NFL game and these breaks are filled with various entertainment from cheerleaders to mascots shooting merch 50ft in the air – all great opportunities for brands to get involved and potential lessons to be learnt for football and rugby

5. American’s are fans of Boris Johnson if the rapturous applause he received welcoming the two teams last night is anything to go by. Boris pledged to bring more NFL to the UK in years to come – a nice endorsement and vote of confidence for the sport’s future in the UK

6. The ‘thank the fans’ video that broadcasted out to Wembley Stadium consisted of only American fans, in the US, and I wasn’t the only one scratching my head wondering why a tailored vid including UK fans wasn’t used to give us all an ‘aw-shucks’ moment

In summary, the NFL in London provides a great platform for brands to capture not only a passionate group of US expats, but also tap into what will surely be a burgeoning number of UK fans.

I, for one, look forward to the party rolling back into town next year...