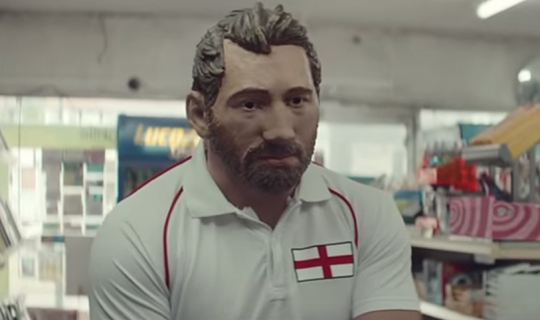 The Rugby World Cup is finally here. The office sweep stake is drawn, space in the local pub booked and our England shirts have arrived – thanks O2! Here at Generate we are wearing the rose and ready to #carrythemhome.

Like many others in the industry, we have been keeping a beady eye out for the best Rugby World Cup PR campaigns from both sponsors and other brands.

Here’s a snap shot of our favourites.

Lucozade – Strictly for the Home Nations Only

This amusing series of TV adverts and video content caught our eye the other week. The team behind this have cleverly worked with international rugby stars from across the world and dressed them up in some rather unconvincing Chris Robshaw masks to try and disguise them as a player from one of the home nations in order to fool shopkeepers around the UK in selling them Lucozade Sport. Nice one from Lucozade Sport linking their brand to all the home nations rather than just supporting England.

To celebrate the airline’s extension of their sponsorship of the All Blacks and New Zealand Rugby until 2020, this hilarious video features All Blacks' Captain Richie McCaw and Dan Carter as Men in Black agents. This addictive video, starts some of the team’s key players including Kieran Read, Keven Mealamu, Sam Whitelock and Israel Dagg as well as cameo appearances from former England Captain Martin Johnson, former Australia winger David Campese and former Argentina Captain Agustin Pichot. Not sure we would catch Robshaw, Watson and Ford doing this? We congratulate the Kiwi team on this one! Let’s hope their rugby isn’t as good as their singing!

Clever activation and use of genuine ‘money can’t buy’ inventory from Heineken who are consistently delivering standout customer incentives and rewards across all of their sponsorship portfolio. Their It's Your Call campaign allows fans to be a part of the coin toss a Rugby World Cup 2015. 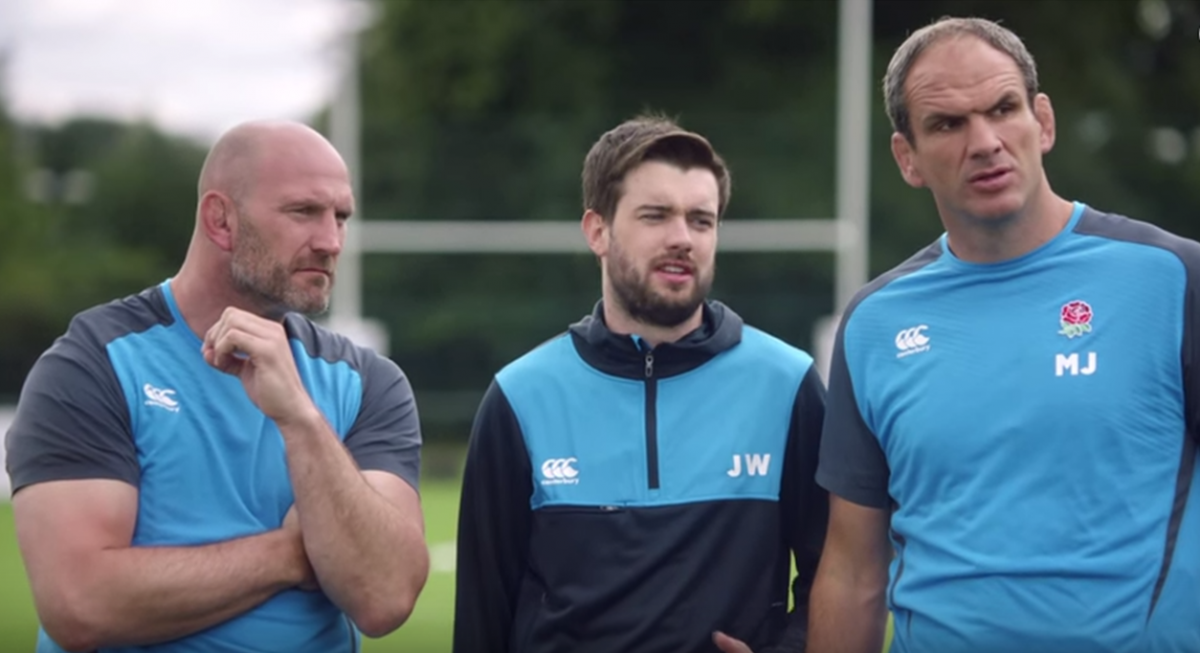 This is one of our favourites. England and Rugby World Cup legends Lawrence Dallaglio, Martin Johnson, and a whole host of other stars put comedian Jack Whitehall through his paces at the Samsung School of Rugby. The campaign cleverly breaks down the different aspects required for the game (e.g. power, style, speed, timings, and accuracy) in a simple way, engaging with a wider audience than just the hard core rugby fans. 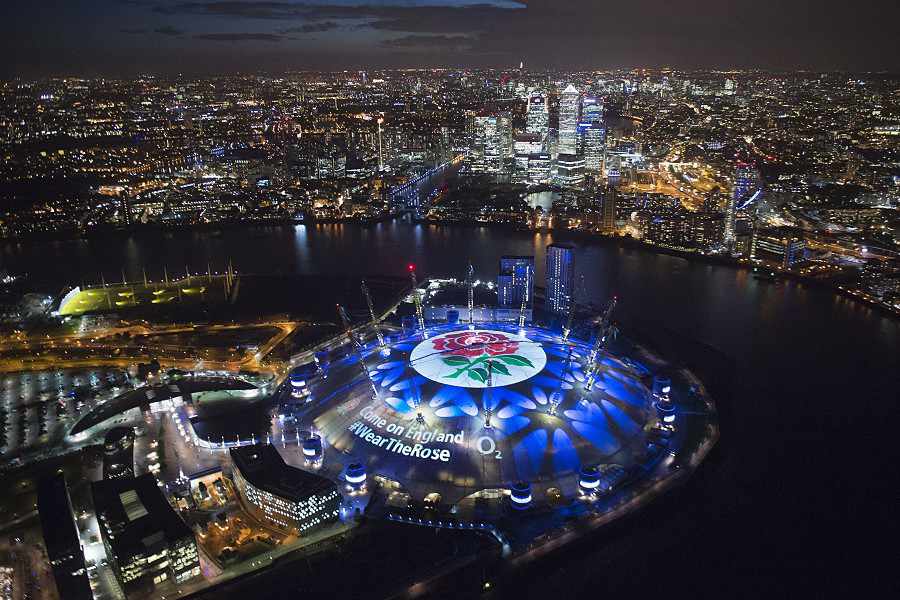 In our opinion, this is one of the cleverest campaigns of the tournament to date. O2’s Wear The Rose is everywhere. This piece of ambush marketing has gone down a storm. By putting on the Wear The Rose concert with Take That at the O2 arena and giving away 14,000 free shirts, this campaign is a great example of successful brand awareness and fan engagement. Despite the England players not having the O2 logo on their match shirts during the Rugby World Cup, there will be a sea of fans wearing their white, and more importantly O2 branded, rugby shirts in stadiums, pubs and homes up and down the country willing England to glory. 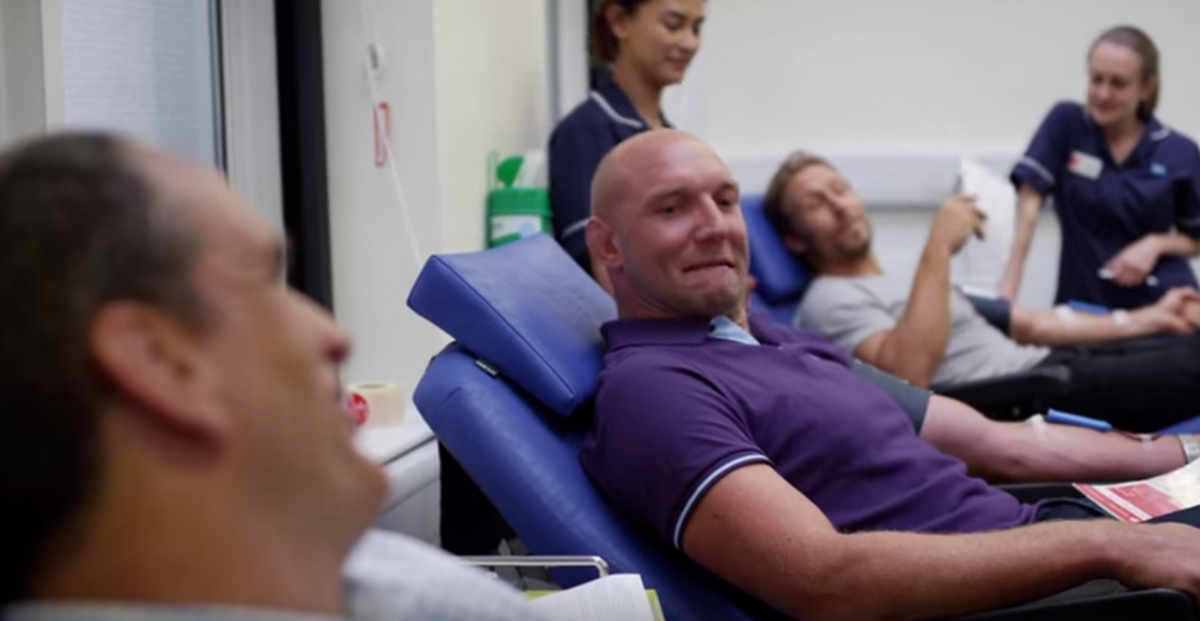 Finally, some of England’s rugby legends including Jonny Wilkinson, Martin Johnson, Ben Kay and Jason Leonard have backed a rather more serious campaign. Using the links between blood and the game of rugby, the NHS Blood and Transplant campaign #BleedForEngland is trying to get 100,000 new volunteers to register as blood donors before the end of the Rugby World Cup. It’s an absolutely brilliant video campaign and we wish them the best of luck in reaching their target.