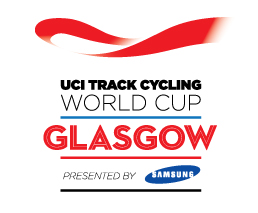 The On Track to Glasgow campaign will see a series of initiatives around the Track World Cup taking place in November to inspire people in Glasgow to try Track Cycling.  British Cycling has held back a quarter of the seats on the Friday of the sell-out event for local school children to attend with each school receiving a personal invitation from Sir Chris Hoy.   Track riders will also visit select schools across Glasgow to engage school children in the sport. Pop up track bikes will also appear over the coming months around Glasgow city centre giving people the chance to try out track cycling.

The event which takes place from November 16-18 at the new, state-of-the-art Sir Chris Hoy Velodrome and is broadcast on BBC, will host the second of a three round Track Cycling World Cup series.  The world’s leading track cyclists will compete in the first major international track cycling event in the UK since the Olympics.  The event will showcase three days of track cycling including the disciplines of Keirin, Individual Sprint, Team Sprint, Team Pursuit and the Omnium.

Six-time Olympic Gold medallist, Sir Chris Hoy said, “A Track World Cup sell out in Glasgow is fantastic for the sport and its legacy.  Following the GB team’s outstanding success at London 2012, and building on this legacy to Glasgow and through other British Cycling events taking place in the UK, I hope we can continue to inspire the next generation of track cyclists.  Although I won’t be competing at the event in November, I’m looking forward to supporting the Glasgow schools legacy programme and I’ll be in the velodrome to cheer on the GB team.”

Jonny Clay, Cycle Sport and Membership Director of British Cycling, said: "With the profile of British Cycling at an all-time high after the Olympics in London, we’re delighted that interest has remained high in the sport and the Track World Cup is a sell-out event.  We are now focusing on engaging people in Glasgow in Track Cycling and preparing to deliver a fantastic event for those attending or watching it on the BBC.

“It’s an exciting time for British Cycling with major events across the UK taking place including the 2013 UCI BMX Supercross World Cup in Manchester and we’re also bidding for the 2016 Track World Championships in London.  We’re confident we can continue this interest in cycling and we’re looking forward to developing further legacy programmes around these events to engage more people in the sport.”