CAN WE REALLY APPRECIATE THE FUTURE OF SPONSORSHIP IN JUST SEVEN MINUTES? 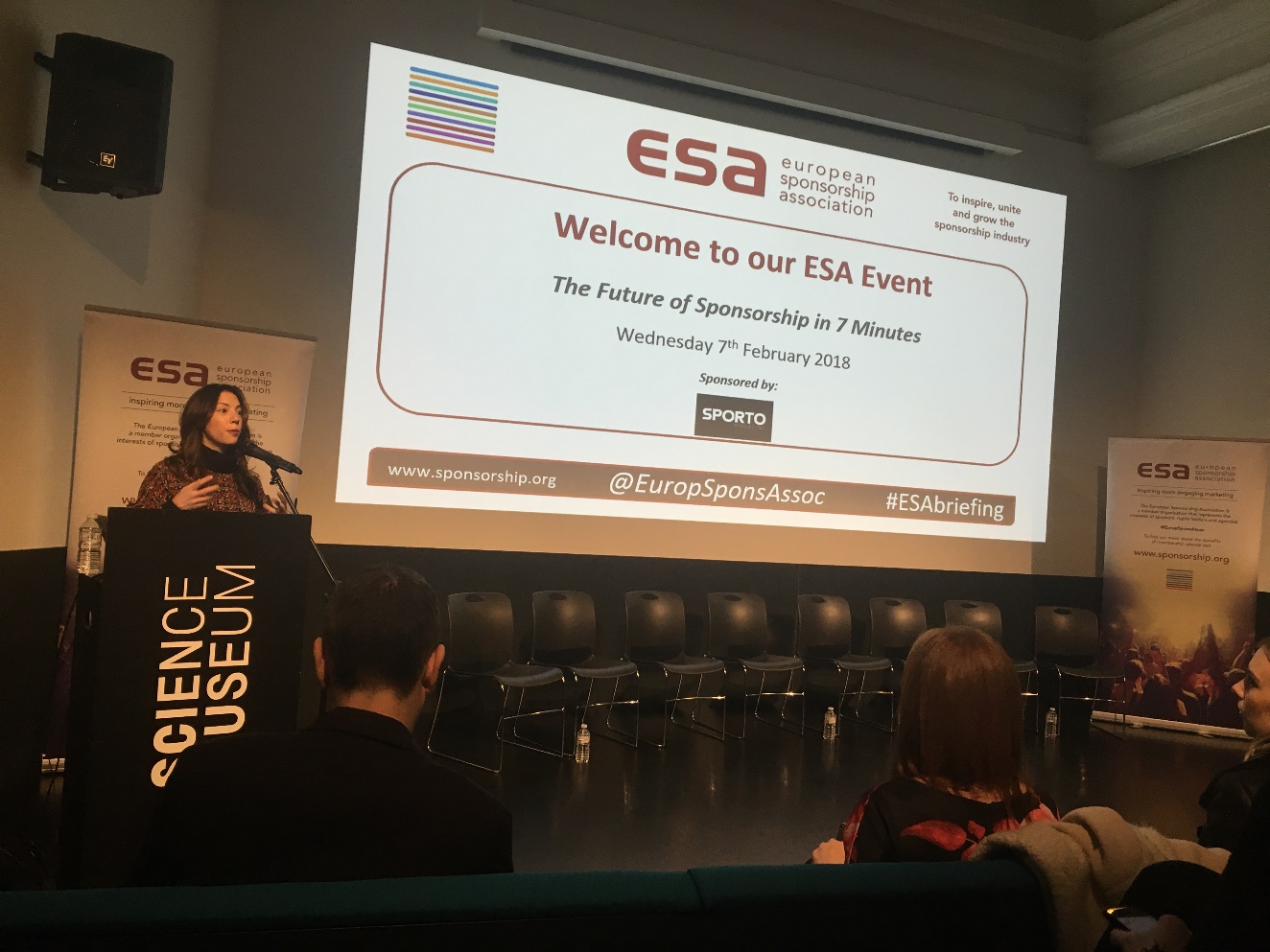 This week, team Mongoose had the pleasure of attending the European Sponsorship Association’s talk on what the future of sponsorship holds, sceptically thinking, ‘how on earth can this be covered in just seven minutes?!’

First to take up the challenge was Bob Verbeeck, CEO at Galazo, a sports, media and entertainment business on a mission to get the whole world moving. Bob spoke passionately about Galazo’s work with Bridgestone on a $10m per year eight year deal with the Olympics, aimed at inspiring others to ‘Chase Your Dream’. When we asked Bob in the Q&A session afterwards how he went about achieving such a mammoth deal at a time when sponsors are favouring shorter-term, low-risk investments, his answer was simple; ‘sympathy’. Giving a brand like Bridgestone, who had no real sentimental value some empathy, created a meaningful, measurable long-term campaign, which is where he feels the essence and future of sponsorship lies - in aligning your vision with the vision of other companies, and making people feel something.

Second up was Bonita Norris, a mountaineer who eight years ago became the youngest British woman to summit Everest, to discuss all things grassroots. After we hold our breath watching footage of her climb, Bonita described how she cold called over 1,000 brands to try and raise the £50k sponsorship she needed, and when Vocalink pulled through for her, the authenticity in their partnership gained £1.3m in free advertising for the brand. Bonita appreciates that sponsoring grassroots projects can be a much bigger risk for a brand and that it can never really be about brand exposure. Echoing the sentiment of Bob’s previous comments, Bonita stresses it’s about aligning the values your brand stands for with those of an individual/team/community, which speaks volumes above the funds invested and plants a seed, creating a genuine brand legacy. Although brands now cold call her, and with so many more digital ways to raise funds these days, (including Mongoose’s new client Ralloo!) Bonita still feels that the future success of grassroots sponsorships will come down to whether there is an alignment of true passions.

Danny Lopez, COO at Blippar, then did his very best to educate a room full of blank faces on AR, AI, and where it could take us. His simple definition of AR; ‘overlaying digital content onto the physical world’, gave us all a slightly increased level of understanding... Of all the speakers, Danny probably focused on the future the most - he believes the future of AR in sponsorship is in creating new fan experiences; since 78% of millennials would rather spend money on an experience that a physical asset. He speaks about how product can be used as a new media channel through AR, engaging with a soft drink can whilst you consume it for example, and how AR can be used as a form of data capture, which we hadn’t really considered. Immersive banner ads are the next big thing he assures us, becoming less the annoying e-commerce pop-ups on your side bars and more interactive portals into events, stadiums and venues. Danny’s closing point is that 2018 really feels like the year of AR in sponsorship, given the investment from big players like Apple in AR kit, and the positive effect Pokemon Go had, getting the mass-consumer comfortable with an augmented world.

Of course, a talk on the future of sponsorship wouldn’t be complete without some insight into the mysterious world of e-sports. Wouter Sleijffers, CEO at Fnatic, makes a very interesting opening remark on a shift in self-perception in e-sports, to teams now recognising themselves as rights holders instead of gamers, all because of the awareness they now have of the value of their owned assets. Wouter feels the future for e-sports is in ensuring brands don’t just use the medium to advertise, but to create active, authentic sponsorships that enhance their audience experiences. In doing so, Fnatics discovered that commercial breaks don’t work for their fans, and that sleep is really important to them, hence their partnership with Casper mattresses! Wouter believes the debate of ‘is it a sport/isn’t it a sport’ is no longer relevant, that e-sports is now accepted for what it is and has become the professional industry of gaming, with its own heroes. Wouter indicates the future of e-sports sits right alongside the music and sports industries, as a constantly evolving professional competition with a global reach and no barriers to entry.

All in all, it seems that no matter what side of the industry you’re on, if you retain authenticity in the deals that you do and your campaigns create value and empathy, the bright future of sponsorship will continue to burn for a lot longer than seven minutes!