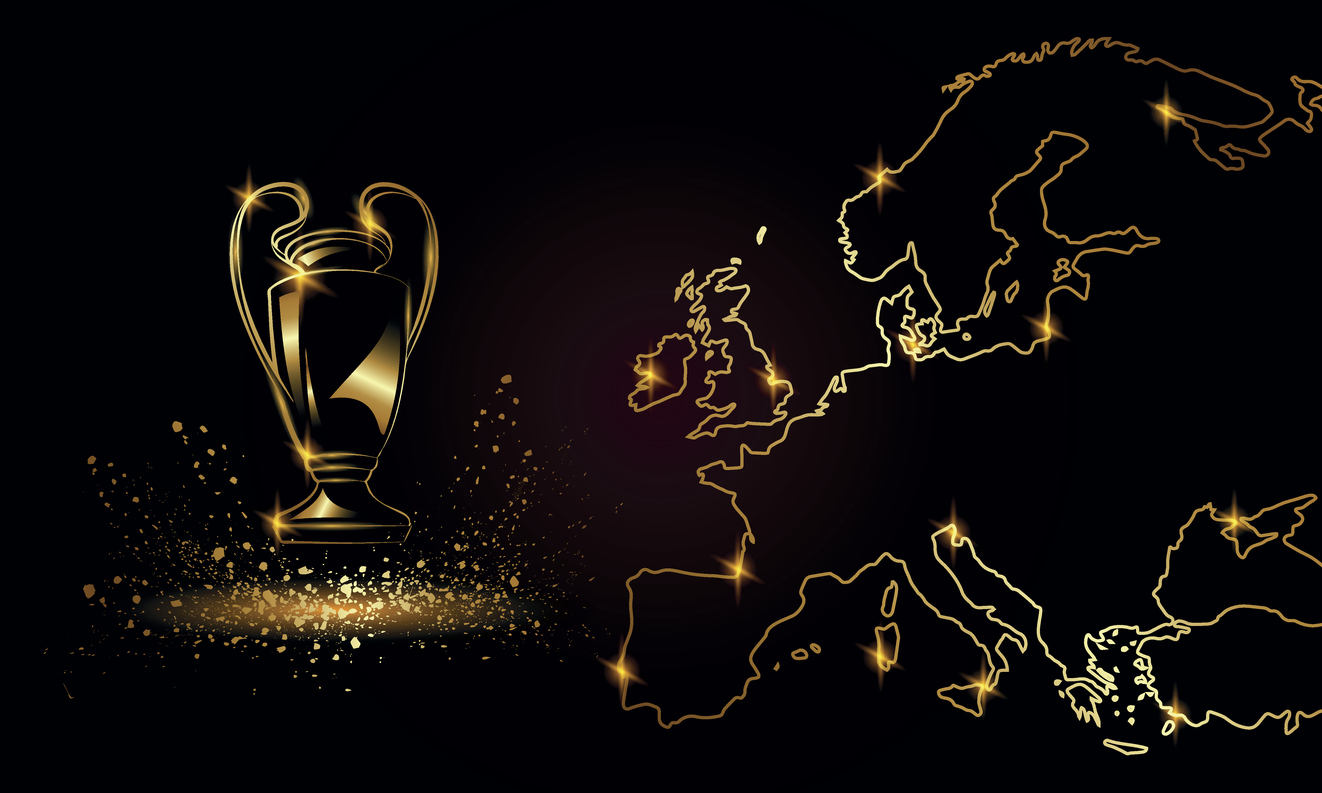 The second week of February can only mean one thing for football fans and that is that the Champions League knock out phase is upon us. Before that famous anthem falls into our ears, CEO, Chris O’Donoghue (COD), sits down with our supposed football experts, Milo MacKean (MM) and Tom Shaw (TS), for their predictions for the next stage of Europe’s premier football tournament. If you have read their Premier League predictions from August, you’ll know to take these predictions with a pinch of salt and whatever you do, don’t put any money on them!

COD: Right lads, surely this cant go as bad as your Premier League tips! Let’s start with a relatively easy one, your 2018 Champions League winners and who they’ll meet/beat in the final!

TS: This is a tough one to call, as so much of this depends on who’s pulled out of the hat. I don’t think you can look past Barcelona as far as lifting the trophy is concerned. They’re seven points clear in La Liga already, so they should have the luxury of resting key players as the competition gets into the later stages, and with Leo Messi firing on all cylinders, Ernesto Valverde’s men will surely be unstoppable? As far as who will join them in the final, let’s go for Bayern Munich, they’re also coasting in the league and with previous winner, Jupp Heynckes, back at the helm, they’ve got all the ingredients to mount a serious challenge! 3-1 Barcelona.

MM: I’m going down a different route and backing an English side to make the final along with Tom’s shout of Bayern Munich. The Champions League Final will be Bayern Munich vs Manchester City, Pep against his former club, Jerome Boateng against his. It’s going to be a goal fest! Over 3.5 goals, both teams to score and Bayern Munich to win 4-2. Jupp Heynckes finally gets over his 2012 nightmare, turns to the Man City bench with his hands cupped behind his ears, the trophy is heading back to Germany.

COD: Bayern? Interestingly the fourth favourite at the moment. No PSG or perennial winners Real Madrid...? Hmmm. So no English team in the final for you Tom, which Premier League side are you backing to get the furthest?

TS: Manchester City – there’s absolutely no doubt in my mind. Both Chelsea and Spurs have difficult last 16 ties so don’t be surprised if neither of those make it through. On the contrary, despite having favourable next round draws against Porto and Benfica respectively, I see both Liverpool and Manchester United crashing out at the Quarter Final stage. As we get to the business end of the competition, the star frontmen around Europe will relish playing against their Sunday League centre backs. If Newcastle’s Dwight Gayle can give Chris Smalling the run around, Lewandowski et al. will have a field day! City though, will be more than a match for anyone, but because they’re still competing on four fronts, Pep Guardiola’s squad will be stretched as the season comes to a close and that’s why I see them just missing out on their first genuine piece of European silverware.

COD: And you Milo? Presumably City?

MM: Seemingly unbeatable, playing football never seen before in the Premier League, and my tip for losing finalists, there is only one answer to this, it’s got to be Man City right? Not necessarily. Don’t get me wrong, I think City are going to do very well and go far but let’s not count out the other teams. The other Manchester team have a relatively nice-ish draw vs. Benfica and Spurs, I think, will see off Juventus, then there’s Liverpool with never ending firepower, enough to blast past any opposition put in front of them. And of course, there is my beloved Chelsea, granted they have Barcelona in the next round, but this has the feeling of 2012; struggling in the league, on the precipice of the top four, question marks around the strength of the squad – as Gary Neville said on that famous night in Munich, ‘Its written in the stars’ – well maybe. Chelsea are currently 28/1 to win the whole thing– with Hazard firing on all cylinders, Morata coming back to full fitness and Messi’s wife about to give birth – Chelsea should at least be backed to get past the current La Liga leaders. In saying that, you need a proper answer, my head says Man City but my heart says Chelsea.

COD: I think that might be the first time you two have agreed on something! What about individuals? Who deserves the Champions League Golden Boot please?

MM: With Real Madrid currently spluttering and PSG guaranteed to crash out, I think we can look past Cristiano Ronaldo and Neymar Jr for Top Goal Scored (TGS). Instead I’m going English, step forward Mr Harry Kane. The man scores goals - fact, and in the form that he and Tottenham are currently in, I have no doubt he will take this into Europe with him. Sure, Spurs have a tough task ahead of them in Juventus, but the Turin side’s form is not at the same level of season’s past. Chiellini and Barzagli will be dreading 90 minutes against the hottest striker in world football, three goals for Kane across the two legs puts him right in the mix for the Golden Boot.

TS: Really? After setting a new group stage record, Cristiano Ronaldo is the man. Sitting in fourth place in their domestic league and with Zinadine Zidane on borrowed time – there’s definitely trouble brewing behind the scenes at the Bernabéu. I don’t see Real Madrid competing in the later stages of this year’s Champions League, but two high-scoring games against PSG should be more than enough for him to consolidate his position as the competition’s all-time leading marksman!

COD: Normal service resumed on the disagreeing front! Let’s think about next years winners, give the readers a long lead tip for the 2019 winners…

TS: I’d love to see an English winner, as long as it’s not Manchester United. Literally, anyone but them. Luckily Manchester City look the most likely, but I think the competitive nature of the Premier League means that we’ll have to wait a little longer until we see an English club lift the much-coveted Champions League trophy. Real Madrid to have a summer overhaul and get their hands on yet another European Cup.

MM: Like Tom I’d love to see an English winner, unlike Tom I think this will happen. The 2019 final will see Pep up against another familiar friend and foe, this time in the form of Catalan giants FC Barcelona. With another spending spree behind him, and his young strike force a year older, Pep and Manchester City will take Barca to the cleaners at the Wanda Metropolitano Stadium, Madrid. Jesus will grab the headlines with a second half brace, giving City a comfortable two goal cushion at the final whistle. Hear me now, thank me later.

COD: And finally a nod to the Europa League fans out there, and a quick mention for League Cup finalists Arsenal! Will they lift the trophy in Lyon?

MM: In short no, no they won’t. In fact, I predict them to not even get past the quarter finals; Dortmund will push Atletico Madrid hard for the trophy, but the Madrid side should come out on top. A final that will see Diego Costa show former employers Chelsea exactly what they are missing and will be Antoine Griezmann’s last appearance in a Madrid shirt before gracing the British shores with his talent.

COD: Can I press you for a winner Tom?

TS: Atletico Madrid are obviously odds on favourites, but no one will want to go to the Stadio San Paolo in the knockout stages of this competition, and that’s why I’m tipping Italian football’s nearly men, Napoli, for Europa League success.

COD: Great stuff lads, let’s sit back and enjoy it now. We’ll check in on these after the Final.