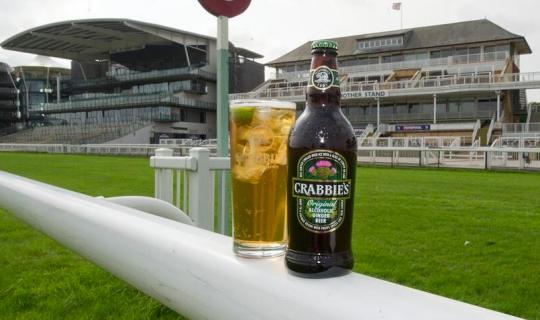 Crabbie’s Ginger Beer has been revealed as the new sponsor of the Grand National for the next three years.

There were concerns that finding a successor to John Smith’s would be no straightforward task. The economic climate aside, the negative headlines the race has received over the years has arguably stained the opportunity for a brand to associate itself with the most famous steeplechase in the world.

The Grand National came under significant scrutiny in 2012 when two horses died including Synchronised, the Cheltenham Gold Cup Winner. What followed was a divisive debate that included calls for the race to be radically altered or even banned. Ten horses have died since 2000 and as a result it had become a target for critical media attention.

It is generally accepted that there was a commercial rationale behind John Smith’s decision to withdraw their tier one support after nine years but bad publicity may have been, at the very least a marginal factor. It is unlikely that brands will have approached any partnership opportunities in horse-racing without any caution.

Nonetheless Aintree have sourced a title partner that will allow them to reach a potential UK terrestrial TV audience of around nine million and an estimated six-hundred million people worldwide. Furthermore in a sport cluttered with bookmakers they have acquired a credible non-betting brand to offer this controversial event its support.

It can be argued that this was a partnership made on a whim with Halewood International the producer of Crabbie’s situated a stone’s throw from the racecourse while the Halewood family itself has a long association with horse-racing owning the 2004 Winner; Amberleigh House.

More probable however is that this partnership remains one of the most attractive and sought after global engagement platforms around. Every sport is tainted in some capacity or other whether it is racism in football, doping in cycling or animal welfare in horse racing. What has endured is that The Grand National continues to significantly captivate the British public and will no doubt help Crabbie’s Ginger Beer drive national and international expansion.

Either way you decide to look at it, this turnaround has been a huge success for Aintree after ten months of uncertainty.