THE CRICKET ODI WORLD CUP – SHOULD IT BE OVERLOOKED, OR IS IT A VITAL FOR THE GAME? 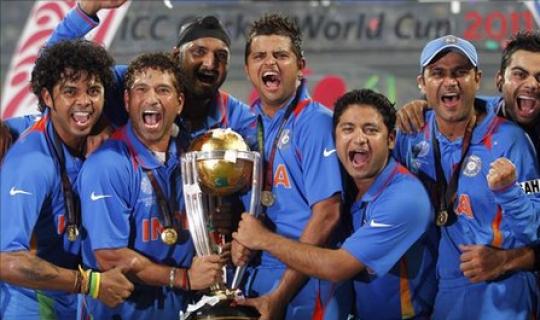 Over the past few weeks, many have questioned the value of the existing One Day International (ODI) World Cup format, but not many have been able to come up with an appropriate schedule that meets the needs of stakeholders and sponsors alike.

It’s safe to say that the interest in ODI’s is low when there isn’t an upcoming World Cup. These days there is more of a focus on the slow death of Test Cricket and the rise of the ever-growing T20 format. It seems that ODI’s are a bit like the middle child, it isn’t as much loved or hated as it is ignored. However, the uninterrupted success story of ICC Cricket World Cup tournaments over the last four decades is testament to the durability of this format. The only blip in its past was in 2007, this World Cup went on for far too long, with the early rounds feeling pointless and the final being played in the dark! Some believe it was probably the worst delivered major tournament of all time. Despite this disaster, the following 2011World Cup in India/Bangladesh, restored the tournament’s stature.

The Cricket World Cup tournaments are what the players, fans and sponsors wait anxiously every four years for.  Television rights for the 2011 and 2015 World Cup were sold for over $1 billion and sponsorship rights were sold for $500 million. Sky Sports have also beaten off competition from BT Sport to show international cricket’s showpiece events for the next eight years after the ICC signed its biggest rights deal. The ICC has sold its rights to 18 tournaments between 2015 and 2023. The ICC did not reveal the size of the deal but it is understood to be worth around £1.56billion. Sky Sports also recently won rights to showcase the IPL from ITV as well as breaking record sums for its new Premier League football rights.

Looking into the team and broadcast sponsors during the tournament, England’s sponsor, Waitrose’s logo will feature on all England teams playing and training wear for the World Cup. As part of the contract, Waitrose will advantage from a range of rights and assets which comprise team image rights, advertising in cricket grounds, ticketing, hospitality and access to players for commercial and marketing purposes. Whilst England and many of the other nations involved in the tournament are able to show off their established sponsors, the tournament broadcaster in India, Star Sports, has not yet found a leader sponsor with less than a week till the World Cup.  With 90% of TV viewers in the country watching the previous edition, advertisers have decided to play safe this year and sit on the fence and wait for the right moment due to India’s poor performances and the impending IPL. What will this mean for the broadcaster and their highly viewed coverage?

Coming to think of it, it is increasingly true of the modern game that winning the World Cup is the pinnacle of the sport. In the eyes of the majority of fans, it is a great triumph. There is probably no greater achievement, not only for the team, but also for the careers of the players. Test matches might be the biggest challenge and T20s might bring in money, but winning the World Cup is what unites critical and commercial acclaim. When it comes to the likes of Ricky Ponting and MS Dhoni, captaining a World Cup winning team is key to their legacy. Being an India fan, I’ve been lucky to see India win all three ICC tournaments, as well as being the Number One ranked test side (something England fans can only dream of!).

Even though there is a great importance put on the ODI World Cup, in England and Australia to a large extent, Test cricket is the most valued format of the game. Many see this year’s World Cup as a ‘pre-Ashes tournament’. However, the fact that Australia didn’t lose a single match in the 2003 and 2007 World Cup’s went a long way to cementing a love for the format Down Under, as well as leaving a bad taste in the mouths of the POMS! It can’t be much fun to wait four years for a forgone conclusion. This is why 2011 seemed to avoid the same disappointment, as it was a far more open tournament. This is also the same for 2015, where several teams are capable of winning the big prize. Australia and New Zealand the co-hosts have both been in sublime form but on paper no one compares to South Africa, but their history is such, that even if they were winners, it will come as a major shock.

So in answer to the big question, are ODI’s important…the answer is yes. ODI cricket and in particular ODI World Cup, seems to be vital to the game, so here’s to a great tournament!