DEVOLUTION: BAD FOR GB SPORT BUT TERRIBLE FOR SCOTTISH SPORT? 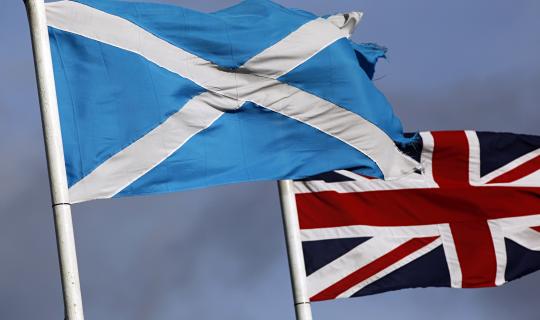 In case you hadn’t heard, there’s a referendum tomorrow. Scotland might be leaving Britain, setting off to run their own nation.

One thing that is clear is that there is still a lot of uncertainty, not least amongst the Scottish people, about what the exact ramifications are should Scotland sever ties. Not least of these is the sporting relationship Scotland has with the rest of Britain.

For many sports, this relationship will obviously remain unchanged should Scotland vote Yes. Scotland has its own rugby team, its own football, cricket. But what about sports where teams and individuals compete for the United Kingdom, often hand in hand with mates from England, Wales and Northern Ireland? A complicated relationship already; “so hang on, you compete as Great Britain during the Olympics but as separate countries in football and rugby? And in cricket England and Wales join up but not Scotland??”, the water will be even muddier should Great Britain drop a number from its foursome.

Let’s look at funding, fundamental to the provision and support of elite level sport. Sport Scotland currently receives its proportional, and necessary, funding share from British institutions the National Lottery and the Exchequer. On gaining independence, Sport Scotland have reiterated their desire to retain funding from the National Lottery but, as Chief Secretary of the Treasury Danny Alexander said, it is a “national lottery, not an international lottery”.

This is a core component of the independence argument; Yes campaigners say an independent Scotland will keep the pound, No campaigners say it is not theirs to keep. Should Scottish Sport still expect their funding, should UK sporting bodies dole out to countries not part of the UK? How would Scotland make up for this sudden funding chasm? And how would they go about creating the various associations needed to fill in for UK governing bodies with little to no money?

And, ultimately, what about the Olympics, the benchmark for countries proving their elite worth at a global level? Scottish stars contributed to so many golden memories in London as part of Team GB. Think Andy Murray at Wimbledon, Chris Hoy at the Velodrome and Katherine Grainger at Dorney Lake. Scots in team events also contributed to 10 more of GB’s 65 medals.

But with Scottish independence potentially kicking in only five months before Rio 2016, there could be huge complications, particularly amongst team sports, that may arise. Could you have imagined trying to tell Grainger she would have had to split from her indomitable pairing with Anna Watkins mid-Olympic-cycle in the run up to London?

Take Olympic qualifying as an example. Many qualification events take place well before the Olympics, certainly before the proposed March 2016 independence D Day. If Scotland were to gain independence, they will have had to gain funding, set up training facilities and have a team of competent athletes to qualify, all in a remarkably short space of time. It hardly seems like an ideal scenario for sport.

Alex Salmond and his Yes-voters will no doubt point to 1992 and Serbia competing in Barcelona having just split from Yugoslavia, but that doesn’t deny that there will be a whole heap of Olympic headaches should Scotland choose Hadrian’s Wall as an international border.

It is important to lastly consider how sponsors fit in with this conundrum as well. Independence will create more competition for the same budget from similar sponsors, as why should a sponsor wish to split any pre-existing and future agreements between two nations? Sponsors pump huge sums of money into sports stars, teams, organisations, with the hope of a risk-free return, which may not be afforded if Scotland goes its own way.