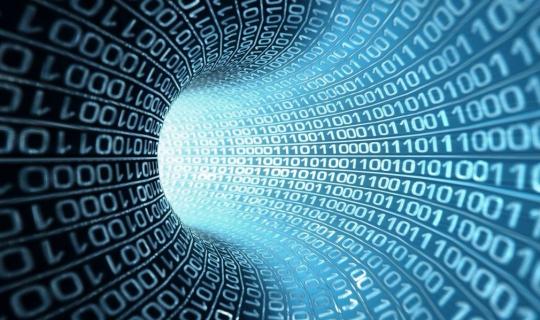 If Adidas ends its funding of the athletics governing body, it would not just be a reaction to doping but also a sign of a shift towards spending on individual sports stars and teams who can promote brands directly to fans via social media.

The BBC said the German sportswear firm, whose 11-year deal made it the biggest sponsor of the International Association of Athletics Federations (IAAF), had decided against continuing with the contract as a direct result of doping and corruption allegations that emerged in December.

Neither Adidas nor the IAAF would confirm the report, but such a move would fit in with a trend towards sponsors like Adidas feeling less bound to sports governing bodies as the ultimate gatekeepers to fans.

The rise of social media has meant marketing budgets have moved away from television and towards online advertising, with top sports stars now able to directly promote their chosen brands to millions of fans who follow their feeds.

"The advent of digital means there is less need for the event platforms. Fans don't interact with the governing bodies. They engage with the sport, the teams and the individuals," said Rupert Pratt, co-founder of sports agency Generate.

Adidas is locked in a global battle with Nike for brand supremacy. But its pockets are not as deep as its U.S. arch rival - despite a recent hike its marketing budget is still about 50 percent less - increasing the need for it to be more discriminating rather than fight for every deal.

Under former boss Horst Dassler, Adidas practically invented the idea of long-term deals with sporting federations like FIFA and the Olympics to get its logo onto the field. It is now focusing more on contracts with the highest-profile players, clubs and national teams and less on federations.

This trend was shown last year when Adidas decided against renewing its contract with the U.S. National Basketball Association (NBA) so it could invest more in players like James Harden of the Houston Rockets, who struck a 13-year deal worth a reported $200 million.

Although Adidas has been the official kit provider to the last three Summer Olympics, it decided against sponsoring the 2016 Rio Games, saying it had already done a lot to boost the brand in Brazil at the 2014 World Cup and will still use the Games as a platform to launch new products.

In the case of the Rio Games, Nike swooped in to fill the role, as it will with the NBA contract from 2017.

As part of its targeted strategy, Adidas is fiercely defending its leading position in soccer, the most popular sport in its European home territory, and focusing on the biggest teams.

It agreed to pay 750 million pounds ($1.1 billion) to replace Nike as sponsor of English soccer side Manchester United for a decade, a record kit deal for the sport. It has also taken over from its U.S. rival at Italian champions Juventus, while extending its contract with Germany's No.1 team Bayern Munich.

An Adidas spokeswoman said deals with sports federations were assessed on a case-by-case basis depending on how likely they were to drive sales, noting it had decided to take over the partnership with North America's National Hockey League from Reebok.

And the company has no intention of ditching soccer governing body FIFA given the appeal of the World Cup, despite drawing criticism for being less vocal than other sponsors in criticising the organisation over its corruption scandal.

But it does plans to lower the share of its marketing budget that goes on sports deals to below 45 percent in 2020 from about half now, as it increases spending on pushing the brand directly on social media, in stores and at grassroots events.

The ever-increasing emphasis on sports stars, heightened by social media, is set to further leach cash from athletics.

Even before the doping scandal, it was struggling to compete for funding with other sports; apart from the Olympics, it lacks regular high-profile events that can turn athletes into household names beyond their home countries.

"Athletics isn't a merchandising machine like football is," said Pratt.

Although still far off, the Rio Olympics has a tiny fraction of the followers on social media of the World Cup, the Ultimate Fighting Championship (UFC) and the Tour de France, according to sports marketing research group Repucom.

Jamaican sprinter Usain Bolt, sponsored by Puma, is the only really global track and field star of the moment and is set to retire in 2017. After Bolt, the athletes that attract the most funds are usually long-distance runners like Kenya's Dennis Kimetto and Mary Keitany, both sponsored by Adidas.

They benefit from the exposure of a busy marathon calendar, but the cash on offer to them still pales into insignificance when compared with other sports like soccer and basketball.

Illustrating the gulf, FIFA demands an estimated $100 million from each top sponsor for a four-year World Cup cycle, while the IAAF deal Adidas might jettison is reported to be worth just $8 million a year.

Some experts suggest Nike might want to replace Adidas at the IAAF for a bargain price, although it might think twice given the doping scandal and controversy over its long ties - terminated in November - with IAAF president Sebastian Coe.

That could be an opportunity for smaller sportswear brands like Japan's Asics or Boston-based New Balance.

This article first appeared on Reuters