DOES THE EUROPEAN CHAMPIONS CUP NEED A SPONSOR? 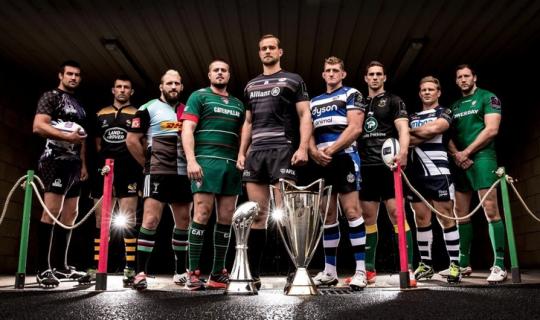 This weekend marks the start of what is traditionally one of the most exciting and marketable competitions in European sport.

The European Champions Cup (formally known as, and still recognised to the masses as the Heineken Cup) kicks off tonight as the cream of the European rugby union crop look set to do battle.

With five less teams in the competition and only one sponsor (Heineken, to help add to the confusion is a partner of the new competition but does not have the naming rights) to date means it will be interesting to see how the competition develops over the coming months both on and off the pitch.

There is no doubt that on the field matches will be even more compelling without the usual dilution of standard provided by too many teams and the usual excitement that is associated with the finest rugby clubs in the northern hemisphere.

However there is an equally intriguing match-up off the pitch between Sky and BT Sport, splitting the coverage of a rugby competition for the first time. Both have made marquee signings in the shape of Jonny Wilkinson for Sky and Brian O’Driscoll for BT Sport, showing that both channels have recognized the importance of bolstering their punditry ranks with recently retired legends of the game.

It will be what happens on the pitch and the portrayal of the action that will bring this new tournament to life, whilst also giving the powers that be what the need to bring on board a new set of sponsors.

It is more than likely that the EPCR is in some fairly advanced conversations with a number of current rugby sponsors as well as new brands looking to tap into the rugby market for the first time. Whilst some of the talk, when the tournament was finally agreed earlier this year, was of sponsors being in place for the start, I don’t think that a lack of sponsors at this stage indicates a lack of interest.

The EPCR will want to bring on board the right brands and at the right price to ensure the long term commercial development of the competition. The Heineken Cup was a testament to the success of a European rugby competition, further underlining that there is no need to have a fire sale just to launch with a full set of sponsors.