Down & Dirty - The Rise of the OCR industry 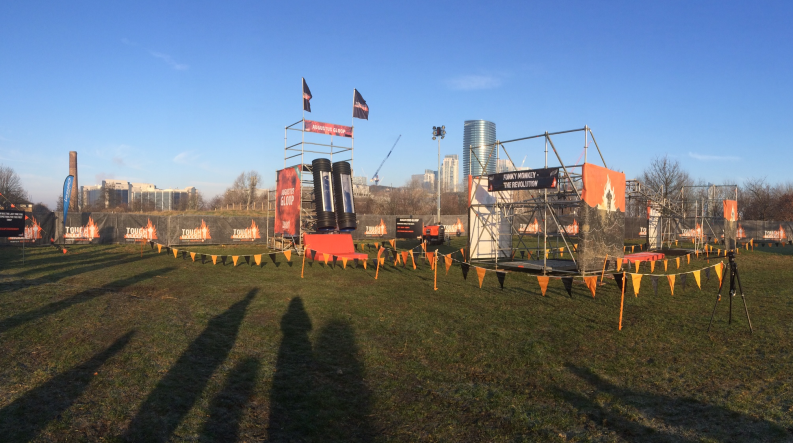 Obstacle Course Racing (or OCR under its jazzy acronym; causes all sorts of SEO havoc when you google this…) has been singled out as ‘The Current Fastest Growing Sport in the World'. With the explosion onto social media by the likes of Tough Mudder and Spartan Race it feels like we can barely go a week without somebody encouraging us to ‘test our limits’ or ‘get dirty’. In January of this year, Sky Sports Mix – the extreme sports arm of the channel – announced its plans to broadcast this year's World's Toughest Mudder. For the first time on UK television, viewers will be able to follow all the action as competitors battle it out in an extreme 24-hour endurance race. And across the pond, Spartan have created the International Obstacle Racing Federation — in the same vein as sanctioning bodies for traditional sports such as track and field, running and gymnastics — to boost the efforts to get obstacle course racing into the Olympics by the 2024 Summer Games.

But just how far has the OCR industry come on, and what are the reasons behind it?

After an extraordinary growth spurt in popularity, spreading from the US to the UK - and revenue that lured dozens of start-ups to the non-traditional endurance sports category - progress has slowed down and many small series have folded. The key players - notably Tough Mudder, Spartan Race and the US’ Warrior Dash, are turning their attention to a collection of big-name sponsors in the relevant regions, to ensure strong brand identities and expanded revenue streams. Take Merrell who not only are TM’s title sponsor, but now possess a range of footwear designed specifically for obstacle racing – proving quite how seriously these guys are taking the sport of OCR as a game changer in the industry.

So what still drives the hordes of sign-ups year after year to these endurance events? In the UK there’s a current vibe towards back-to-basics fitness, from Virgin Active’s ZUU Fitness, mimicking animal movements, to the outdoor training offered by the likes of British Military Fitness. We’re becoming ‘anti-gym’ inclined, drawn more to the primal and outdoors; anything to keep off the mirror-facing indoor treadmill… Then there’s the elitism of running and marathon endurance events that has kept people away from taking up the challenge – OCR encourages teamwork and camaraderie; you’re not on your own for this kind of ‘race’ so it widens the participant net big time and speaks to an audience that would have ruled out a running event. It’s also far more spectator friendly; who doesn’t like watching their nearest and dearest fall in the mud…

As we bear-crawl towards spring (hurry up already) the UK OCR race calendar is firmly on the April horizon and, with more partnerships than ever in the pipeline, it’ll be a big one to watch for the year ahead.