EAT LIKE A SPORTS SUPERSTAR……..OR NOT AS THE CASE MAY BE 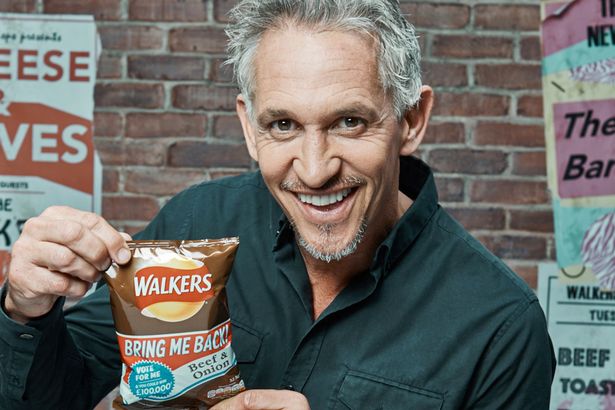 There is growing concern from health campaigners that sports men and women should not be allowed to endorse junk food brands as they are causing our nation’s children to get chubbier by the day.

You could say that sporting stars should be more selective in the brands they endorse. But when someone is offering you a few thousand/million quid to say how much you love a certain food it would be hard to turn down. It would be very hard to ban this type of endorsement as the brands are always clever in the way they word adverts and always have the line ‘as part of a healthy diet’ somewhere, it would be a long hard battle that the food industry would ultimately win. The real issue here is the fact that our kids are not educated from an early age about how important eating the right food and exercising is.

Yes , the likes of Gary Lineker saying how good Walkers crisps are is a contributing factor in kids wanting to eat junk food but the buck stops with the parents. Kids need to be taught that what they eat has an effect on their health and that running about a bit will mean that they can have the odd treat every now and then. If more were we would not be the most obese nation in Europe, as a poll over the weekend found.

What brands need to be conscious of is if choosing a sporting star to endorse their products is the right path to go down. The public can be cynical about an extremely fit and healthy athlete telling them that they eat a certain product that you know dam well they wouldn’t be allowed within 10 feet of by their dietician.

Although having said that Usain Bolt does eat McDonalds chicken nuggets before winning gold medals………………….