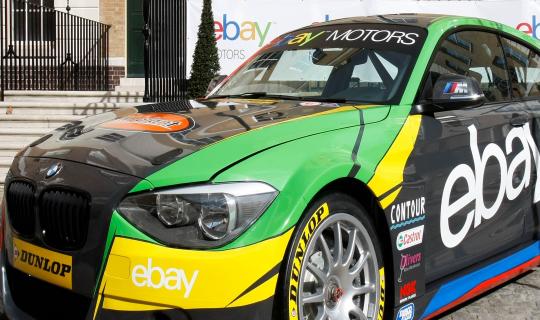 On Wednesday the ebay Motors Team unveiled its new BMW 125i design for 2013 BTCC Season. It was an action packed day for the events team as anticipation for the new Livery was already sky high!

The Launch took place in ebay’s head office in Richmond where we had a whole host of activity organised, from the record breaking ebay milk float to a cool ebay motors simulator. 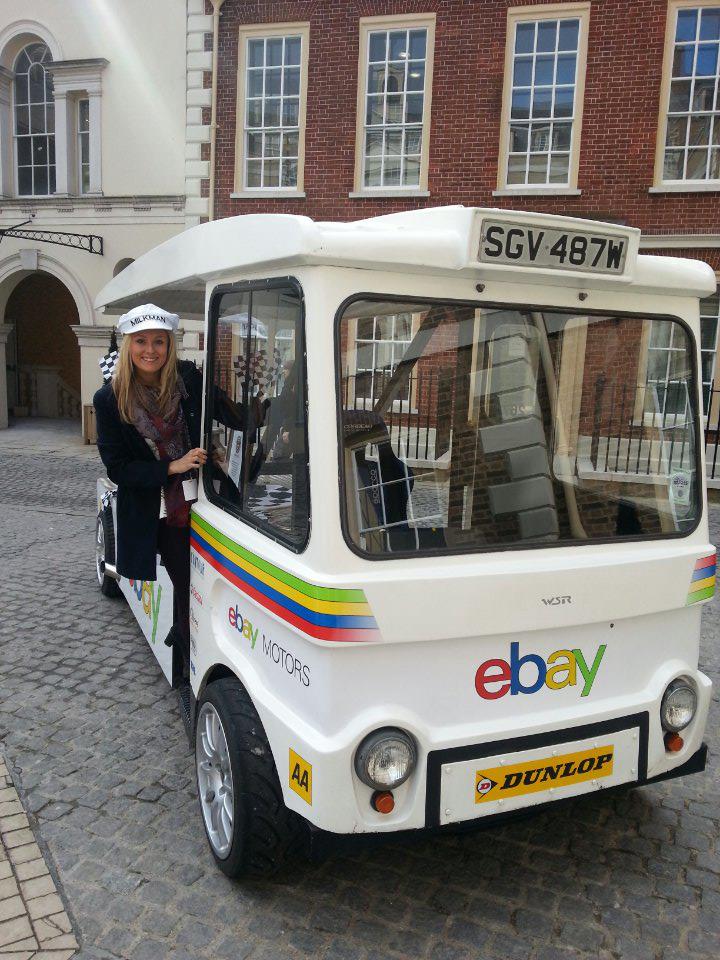 The idea of the event was to unveil the amazing new livery of the ebay Motors car prior to the main media launch at Donington Park.

Media were also invited to a live Q&A with Colin Turkington, Rob Collard, Nick Foster and Dick Bennetts allowing them to get the inside scoop before anyone else!

Keeping the modified BMW under wraps was no easy task as it had to be delivered to site in a van and kept under a cloak until the big reveal! However it was certainly worth it! The vibrant splashes of colour painted against the sleek dark grey body of the vehicle certainly made it a head turner and the positive vibe around ebay HQ for the rest of the day was fantastic!

There’s still a lot of testing to be done before its first race at Brands Hatch on the 31st March but one thing I can say is that if the car performs on track half as good it looks it will be a very exciting season for ebay Motors indeed.