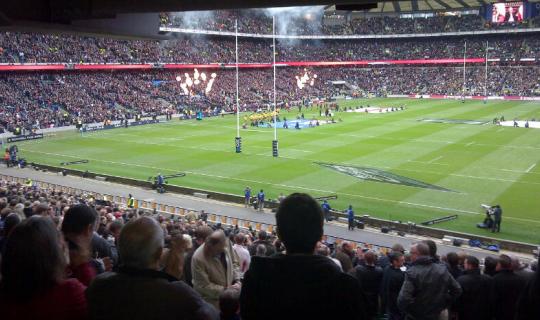 This weekend was my turn to attend the QBE Internationals, now being a football fan I have never attended an international tournament at Twickenham before and I didn’t really know what to expect, however even though the score didn’t go our way on the day I was amazed by the overall atmosphere and sprit of the fans.

From their fantastic performance last week I arrived to see a crowd that believed England could win and not only that the team believed they could win.

As I walked around the stadium the atmosphere was electric, the band led the way to and from the station feeding the fans with excitement and created an army of support from the moment they stepped off the train.

As the match began and the national anthems were sung, I found a patriotic side that I never knew existed and a win was more important to me than I thought! During the first half, the game was tight but England held their ground and finished the first half with a lead, not a strong one but a lead nonetheless. Unfortunately this wasn’t to be the case in the second half and the game was lost due to a variety of mistakes from the England team. Even though the team lost, the crowd remained unfazed  and were already claiming that next week would be a different story, which was great to hear as if the fans don’t believe how can a team?

After the game we went to QBE’s hospitality lounge to be greeted by Chris Robshaw and Tom Palmer, who even though they looked slightly tired and a little bruised, greeted a room of 200 people. Chris and Tom were open and honest, identifying that they thought the main faults were made early in the second half and that they would learn to keep a tighter line in future. None the less win or lose the crowd were ecstatic to see them. 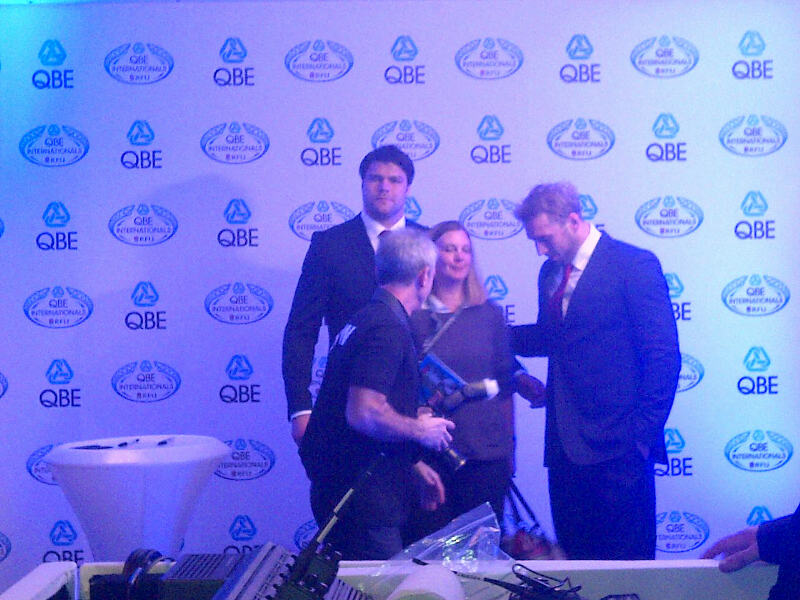 With one win and one loss, I’m sure there is plenty more excitement to come in the next two weeks and I can’t wait to see what’s in store.