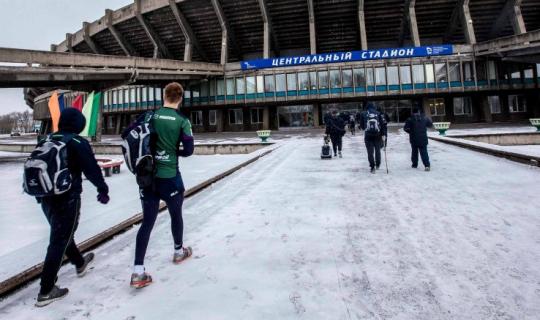 The rugby season is well underway at domestic level across Europe after what is generally considered the greatest Rugby World Cup ever. This weekend it went up another notch when the European Champions Cup and Challenge Cup kick off.

For the first time ever a Russian club took part on the European stage, an important breakthrough for one of Europe’s fastest growing rugby nations. Enisei-STM, based in Siberia, welcomed Connacht on Friday night and will also play Brive and Newcastle Falcons. Aside from some lengthy away trips for the other teams in the pool, Enisei’s qualification provides a great opportunity to showcase top level rugby to fans in an exciting, emerging rugby nation.

Club rugby is slowly becoming less of a closed shop around the world. Understandably, the UK, France, and the SANZAR countries have the most developed leagues, and therefore can attract the best players from around the world with competitive wages and truly competitive rugby. However those countries are realising the potential in emerging rugby nations more and more. In 2016 Argentina and Japan will each have a franchise in Super Rugby , an Aviva Premiership match will be played in New York, and the USA and Canada are launching their own professional league.

In Europe, it is difficult for clubs outside of the traditional nations to earn a seat at the top table. Teams from the Aviva Premiership, Guinness Pro 12 and Top 14 occupy 18 of the 20 places available in the Challenge Cup, and all 20 in the top tier Champions Cup, so it is incredibly difficult for clubs from Europe’s Tier 2 countries to qualify. There is no argument that the Georgian or Russian champions are good enough to play in the Champions Cup; the vast majority of their national team play club rugby in France or England, but they could improve more rapidly if given more chances in the Challenge Cup. It would be fantastic to see more Georgian, Portuguese, Romanian, Spanish and Russian teams compete on a European stage; and the best way to develop is to compete against better opposition.

The lack of opportunity for emerging nations to play top level opposition came in for criticism during the recent Rugby World Cup, as Japan and Georgia really impressed and sides like Uruguay, Namibia and Romania were significantly more competitive than in past years. Rugby Europe President Octavian Morariu caused waves at the end of the World Cup by suggesting that promotion/relegation between the Six Nations and European Nations Cup would be a great way to speed up the development of rugby in place in Europe’s Tier Two countries, as would more matches in general between the Tiers.

In the Rugby Paper, Morariu also suggested a Pro 12 style league for Europe’s smaller nations would speed up the development of players in those countries. Pitting the best from Spain, Georgia, Romania, Portugal and Russia against each other more regularly would certainly help, as would more representation in the Challenge Cup. Not only would these teams be playing each other more often, they would play against sides from the Six Nations countries more often too. The introduction of the Pro 12 provided a boost to club rugby in Ireland, Scotland and Wales and is working in Italy, and it is fair to think that a pan-European second tier would provide the similar results given time.

If Morariu’s suggestions were put in place we could see those countries come on leaps and bounds. Who knows, we might see Georgia, Russia or Romania in the knockout stages of the Rugby World Cup before long.