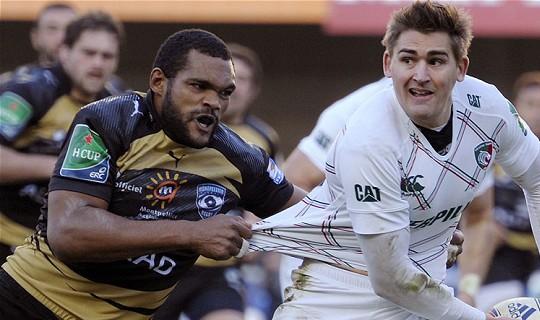 The new elite European competition that will replace the Heineken Cup next season is poised to become “the most lucrative club rugby tournament in the world”, according to sports industry experts.

A European accord to establish three tournaments to replace the existing Heineken Cup and Amlin Challenge Cup is due to be signed by the nine stakeholders by the end of this week.

A company will be formed to run the new tournaments and drive the broadcasting and commercial rights, and their first priority will be to sign up new TV and sponsorship deals.

It is understood that the a new UK rights deal involving BT Sports and Sky Sports is likely to be announced simultaneously once the accord is signed, and is expected to at least match BT Sports original deal with Premiership Rugby.

The compromise between the two broadcasters is likely to see a ‘pick deal’ similar to Premier League football that will see games involving English clubs shown on both broadcasters.

With Lucrative deals also expected for the French and overseas rights, it is expected that the broadcast revenues will rise by over 50 per cent in the first year alone.

The commercial value of the new streamlined elite competition, which will be reduced from 24 to 20 clubs, is also expected to soar. One industry insider predicted yesterday it would double over the next three years, even with little time to have new sponsors in place for the start of next season.

This season’s European tournaments have generated a total of €52.7 million (£44 million), a rise of 147 per cent since 2004. That figure could double again over the next five years.

The inaugural season of the tournament will see the revenue distribution split between the English clubs alone rise from €10.8 million (£9 million) to more than €20 million (£16.7 million), an significant boost given the most Premiership clubs are still loss-making entities. The English and French clubs are so confident about expected growth in revenue that they have guaranteed that the first €20 million generated will be paid to the clubs in the RaboDirect Pro12, as well as the first €4 million £3.3  million) made over the €60 million (£50.2 million) mark.

“This new European rugby championship is going to become the most lucrative in world club rugby,” said Rupert Pratt, managing director of the sport and entertainment agency Generate.

“I would expect the sponsorship income would increase by two thirds or even double within two or three years. I would also anticipate the broadcast revenue to go up by at least 50 per cent and that is probably a conservative figure.”

The likely decision for the new tournament to follow a model similar to European football’s Champions League, with four to six commercial partners replacing a sole title sponsor, is expected to be the main driver for such rapid growth.

It is also likely to make the broadcasting rights more attractive. Heineken, the present title sponsor, is expected to be one of the commercial partners.

The introduction of a new third-tier tournament aimed at developing the game across the continent, which will give teams from other European countries such as Portugal, Georgia, Spain and Romania the opportunity to play-off for a place in the second-tier tournament, is also expected to lead to long-term commercial growth. “The new tournaments also pave the way for expansion of the sport into other European countries which again will increase the commercial appeal,” Pratt said.

“Rugby plays well to the stronger regions in Europe and also plays strongly to the business to business audience. It is not so big that it puts people off but it is focused enough around the commercial heartlands of Europe”