THE FA CUP – IT STILL MATTERS! 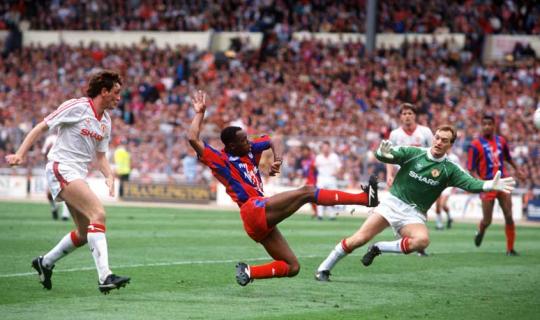 Back in 2014, I read an online poll conducted by The Telegraph that asked the question to its readers ‘Does the FA Cup still matter?’

I, along with 595 (70%) other very wise people voted ‘Yes’ – of course it still matters. As the third round of the FA Cup took place last week, and being a massive Crystal Palace fan, I have decide to take the chance to re look at the topic of conversation and tell you why the FA still matters to me.

For the so called bigger clubs the prospect of winning The FA Cup does not equate to gaining a place in either the Champions League or Europa League. With big TV money being pumped into the European competitions, football clubs may now be more concerned with their annual revenues and in doing so feel European qualification trumps winning the FA Cup.

However, for teams lower down the pyramid of English football, the cup provides a unique opportunity of drawing top Premier League opposition such as the likes of Chelsea, Arsenal and Manchester United. After Monday night’s draw, the most recent example of this is non-league Cambridge United’s dream next round tie at home to Manchester United.

This season saw over 700 teams across the Premier League, Football league and steps 1-5 of the FA National League System enter The FA Cup in an attempt to be crowned 2015 champions. The Football Association have been working hard to integrate the history of the cup in to their BBC coverage allowing individuals to recall positive memories associated with the competition and re live some of those footballing memories

There is something about underdogs that we are all fascinated by. Seeing a team or individual winning, even though all the odds are stacked against them, is something we can all relate to as we’ve all at one stage been underdogs in our lives and we like to see individuals get past these great obstacles.

Being a Crystal Palace fan, the last time we reached such heights was back in 1990, making it to the 1989-1990 cup final and facing a Manchester United team that had reportedly cost £13million to assemble. The eagles were clear underdogs, but had a prolific Wright-Bright strike partnership which was made up of electrifying pace. This would pay dividends as Wright, who was not expected to be fit for the Final after suffering two leg fractures in the season, bagged two goals which sent Palace seven minutes away from their first FA Cup. However, Mark Hughes scored a late equaliser for United and the game would end up 3-3, going down as one of most memorable cup finals in history.

United then won the replay in a completely different match ending 1-0.

Supporting Palace, I am well aware that every season the chance of winning silverware is unlikely. Being a Premier League club, we are more likely to be fighting for our survival than winning trophies.

However, a decent FA cup run could be on the cards this year after a convincing 4-0 win over Dover Athletic in the recent third round ties. This game saw new manager Alan Pardew take charge for the first time, gaining a much needed confidence boost for a club who had failed to win in their last eight. Pardew will be more than familiar with cup runs as he was part of the 1990 FA Cup squad, considered to be Palace’s best team to date. Being an ex-player, Pardew is well liked by Palace fans and received a warm reception in his first home game on the weekend, seeing his side come from behind to beat an in-from Tottenham Hotspur side 2-1. The pairing seems to be a congruent fit, which hopefully leads to exciting times down at Selhurst Park in the future; at least I hope!

The pick of the recent third round matches was the draw between AFC Wimbledon and Liverpool, which highlighted some of the FA Cup’s greatest features. This tie received a mass amount of coverage as it was a replay of the 1988 Cup Final which saw Liverpool come unstuck against a resilient, physical Wimbledon team who picked up a reputation as ‘the crazy gang’ for their eccentric and boisterously macho-behaviour. On the night, Dons striker Adebayo Akinfenwa rekindled the 1980-1990 era with his robust playing style and physical presence, single-handedly causing havoc to Liverpool’s backline. Although there was no cup upset, this evoked the same attributes of the 1988 Cup Final winning squad, re-igniting the FA Cups prestigious history.

Cup upsets are hard to come by nowadays, and with Premier League’s big hitters having class in depth, the rest of the football league find it increasingly difficult to compete with the networks these clubs have available. However, 2013’s cup final between Manchester City and Wigan Athletic would poise one of the competitions biggest upsets in recent memory. City made up of some of the game’s most internationally recognisable icons would face a Wigan side set to experience their first final at Wembley. With the game being level after 90 minutes, it looked certain extra-time would be needed to separate the two teams.

Yet in stoppage time, Wigan substitute Ben Watson rose from a corner to net a goal reminiscent of the 1988 FA Cup Final and clinched a first ever FA Cup for the Attics – a real modern day classic cup upset!

With most of the big names still left in this year’s competition it’s unlikely I will see the mighty Eagles at Wembley this year.

Although, that is the magic of the FA Cup, anything can happen!