FOOD FOR THOUGHT: WHY THE WORLD’S 50 BEST RESTAURANT AWARDS IS THE TOAST OF THE TOWN 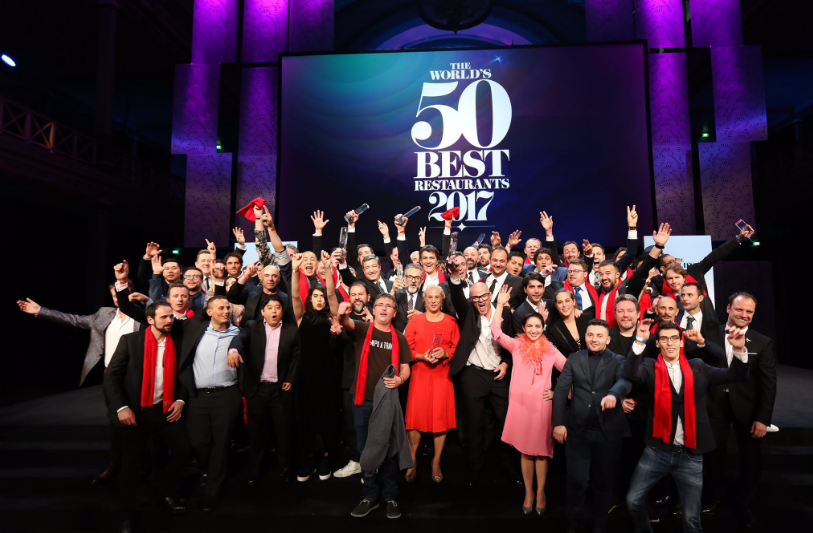 Last month, The World’s 50 Best Restaurants Awards announced Bilbao, a region famous for putting Basque cuisine on the map, to be the next location on its global tour.  This will be our sixth year working on the event and we were thrilled to host the launch party to celebrate this announcement at Eneko at One Aldwych, complete with a beautiful Basque Brunch and stalwarts of the list, Elena Arzak, Brett Graham and Eneko Atxa.

Following its inception in 2002, the World’s 50 Best Restaurants Awards has become an annual celebration of global gastronomy that recognises restaurants around the world for their culinary prowess. Not only do those fortunate enough to feature on the list hail from the four corners of the globe, but guests and media who attend the awards ceremony travel far and wide from Europe, North America, South America, Asia, Australia and the Middle East to be wherever it is.

After 14 successful editions of the awards hosted in London, it was time to take the event global and share the gastronomic industry’s ‘night of nights’ with the rest of the world. The first stop on the global tour was New York in 2016, renowned for its world famous hospitality and eclectic cuisine. For the week that the awards were there, The Big Apple was a hive of unique gastronomic events and chef collaborations, the likes of which have never been seen before. You could call it the 50 Best effect – when this vibrant community of chefs, restaurateurs and gastronomes are in town, the foodie world is literally your oyster!

Melbourne was the next stop on the awards global tour this year - with an opportunity to shine a spotlight on the city as one of the world's biggest food epicentres. Tourism Australia embraced the opportunity to host the World 50 Best Restaurants and threw an almighty week long party that spanned Sydney, Tasmania and of course Melbourne for the guests…

So what is making this food event so attractive to countries to host?

Over the course of its history, there have been seven different establishments crowned The Best Restaurant in the World.  To celebrate the past 15 years of the awards and also look ahead to the future of gastronomy, 50 Best is bringing together the head chefs of these restaurants and 200 guests and media at an event in Barcelona at the end of June. Once again, we are looking forward to highlighting this momentous occasion to the worlds media and helping to raise awareness of the impact that these chefs and the 50 Best list has had, and will continue to have, on the culinary landscape.

Food lovers from all over the world follow the list with anticipation for emerging food trends, new popular cuisines, up and coming chefs and the friendly competition for the No.1 spot. The stories behind the chefs and restaurants and the recognition of their artistic talent, skill and innovation have made a tremendous influence impact on global gastronomy.