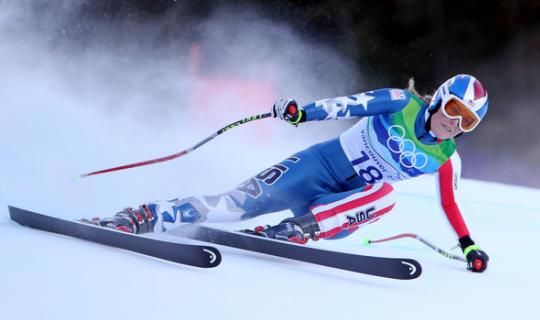 Last week, Lindsey Vonn's request to compete against men in the downhill skiing event was refused by the International Ski Federation (FIS) – largely owing to a fear that her inclusion could “dilute the quality of the sport”. However, unless the four time World Champion finished last against the men, statistically she would not be reducing the quality of the sport. It does question whether that was the actual reason that she was not allowed to join the men’s stage or was it that a professional male skier does not want to be beaten by a woman.

Currently at the top of her game, without suitable competition in downhill, Vonn is unlikely to improve without a worthy challenge. Does this mean that if women compete against men more they will inevitably catch up and compete at a higher level? The decision to integrate both male and female participants in direct competition is a tough one. If sport was integrated would this perhaps drive women out of sport, or would it compel female athletes to better their male counterparts?

Not so long ago, if a sportsperson made a similar claim to Vonn, more likely than not, the request would have been discarded by the council. However, the support that Vonn has received (from both men and women) for the most part has been positive. This demonstrates, that despite her denied entry to the event, attitudes within sport are changing - support that could pave the way for more women at the highest level.

Perhaps if Vonn retains support on her case and continues to reiterate her claim with the ISF, she will be able to compete against men at an international level. For now though, she will have to settle for the option of being forerunner at Lake Louise, at which a solid performance could only strengthen her resolve for equality. With an ever amounting collection of silverware to her name, there is no doubt that heads are turning and history is in the making. If equality is treasured as much as it is marketed in sport, then it should be downhill for Vonn from here.