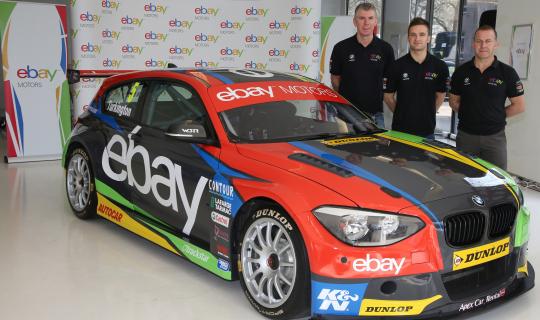 On Friday, 14th March, Generate coordinated and delivered the official unveiling of the new eBay Motors Team car for the 2014 British Touring Car Season (BTCC). Hosted at the premium setting of BMW’s Park Lane, the showroom was opened up to media, stakeholders and sponsors who were spoilt to a first look at the team’s BMW 125i M Sport, with NGTC specification.

Not forgetting the 10,000+ Twitter fans of the eBay Motors Team, Generate ensured all Twitter followers got their questions answered by the drivers with the video released across all social media channels prior to the first BTCC race weekend at Brands Hatch.

The partnership with WSR reflects the shared passion for cars and motorsport enabling eBay Motors to connect and engage with automotive fans of the BTCC.