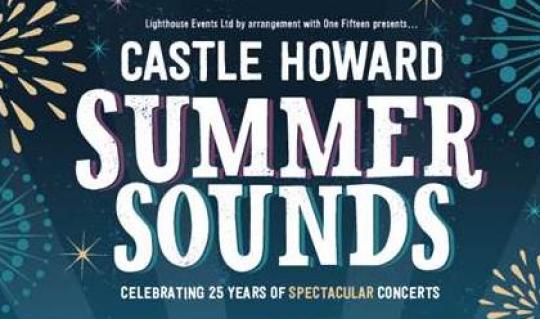 Generate, the leading sports and entertainment agency, have announced that they are promoting this year’s Castle Howard Summer Sounds.

With Castle Howard celebrating 25 years of summer picnic concerts, this year is set to be one of the biggest to date with record crowds expected over the weekend. The concert will be kicking off with the king of boogie woogie Jools Holland on Friday 21st August, followed by the ever popular Proms Spectacular taking place on the Saturday night. Both concerts will feature fireworks finales and are part of the re-launched Summer Sounds celebrating 25 years of concerts at Castle Howard.

David Stubley, Chairman of Generate added “We are thrilled to be working with Castle Howard on their 25th anniversary of summer concerts. It’s our aim to provide the audience with a premium experience which will ensure a successful and enjoyable weekend of music for all.”

Rupert Pratt, Co-Founder of Generate said “Working with Castle Howard Summer Sounds is a fantastic opportunity for Generate. As well as delivering a robust marketing and PR campaign, we are also working to secure a series of sponsors and partners for the concert. We are delighted to have confirmed Sloe Motion, Fever Tree, Temple Roberts and Bang & Olufsen to date and are looking forward to welcoming further partners on board.”