GLASGOW 2014 FIRES THE STARTING GUN BUT ARE BRANDS AND SPORTS FANS READY TO EMBRACE THE GAMES? 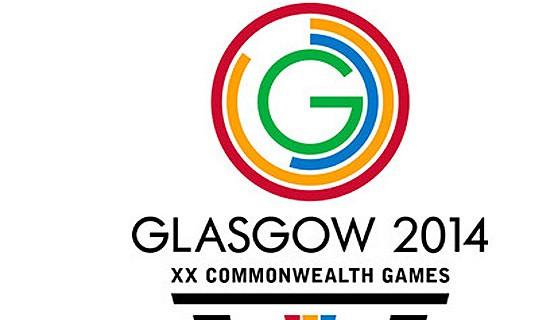 Glasgow 2014, for right or wrong, is suffering from comparisons with London 2012 - whether it be in terms of sponsorship, athletes, or status - by dint of its sheer proximity in terms of geography and time. But they are two different animals: Glasgow 2014 aims to raise £100m through commercial deals, which includes sponsorship, tickets, broadcast deals and merchandising. London 2012 organisers raised £700 through one-off sponsorships alone.

But it’s not the comparisons with London 2012 that have deterred a flurry of sponsors from signing up to Glasgow 2014; it is that the economic climate has forced many brands which traditionally associate themselves with major sporting events, such as Coca-Cola, to hang-fire post Olympics and not shell out for another big ticket sponsorship.

And while the brand fillip of an association with the Olympics can be difficult to quantify, there is hard data out there which suggests that non-sponsors of London 2012 such as PepsiCo and Nike had a pretty strong Olympics.

Rupert Pratt, managing director of sponsorship agency Generate, said: “It’s an interesting opportunity yet sponsors have been relatively slow on the uptake. I anticipated a snowball effect from the Olympics commercially. But brands have had to take stock after London 2012 because of the investment they made in both time and resource.”

There is also a suggestion that Delhi’s messy hosting of the previous Commonwealth Games has not done Glasgow 2014 any favours.

In such unfavourable circumstances, it is commendable that Glasgow 2014 has lured in such recognisable brands as sponsors, including Emirates, BP and Virgin Media, with more to come. Tye Speer, deputy CEO of Glasgow 2014 and the man in charge of its sponsorship, told the Drum: “We are absolutely on track to achieve commercial targets. Over and above the sponsors announced we have dozens of on-going sponsorship negotiations which will continue to build the sponsor family.” One of these expected to sign soon is a major retailer.

Speer also has no truck with the suggestion that Glasgow is suffering from comparisons with London 2012, pointing to the fact that is has attracted global brands, such as BP and Emirates, along with those distinctly Scottish brands like AG Barr and SSE.

Pratt is not so sure. He said: “Maybe there is an element of snobbery and the Commonwealth Games is seen as the poor man’s Olympics. But if brands look beyond this, there is a very cost effective opportunity. As the Anniversary Games showed, it has the potential to be a major event with impact similar to the Olympics, only with branding.”

Unlike London 2012, Glasgow 2014 offers opportunity for branding inside stadium, likely to be a considerable lure for brands.

Now that the one year-starting gun has sounded, the buzz around Glasgow 2014 will increase, particularly once confirmation is given that blue-chip athletes like Usain Bolt are to race.

Media will also make much of the fact that Glasgow 2014 will be followed just weeks after by the vote on Scottish independence. Could inspirational performances from Scottish athletes help swing the vote? Rebecca Adlington, the OIympic gold medalist and Glasgow 2014 ambassador, certainly thinks that momentum is now behind Glasgow 2014.

She told the Drum: “The Commonwealth Games is different. I know the buzz in Scotland is going to be a lot greater than in England or Wales. It is just one of those things that there had to be a dip after the Olympics and people felt the comedown. But people will feel the excitement again. You have seen it with Andy Murray and people are starting to remember that sport goes on.”