THE GOOD, THE BAD AND THE DARN RIGHT UGLY OF PR OVER THE LAST THREE WEEKS 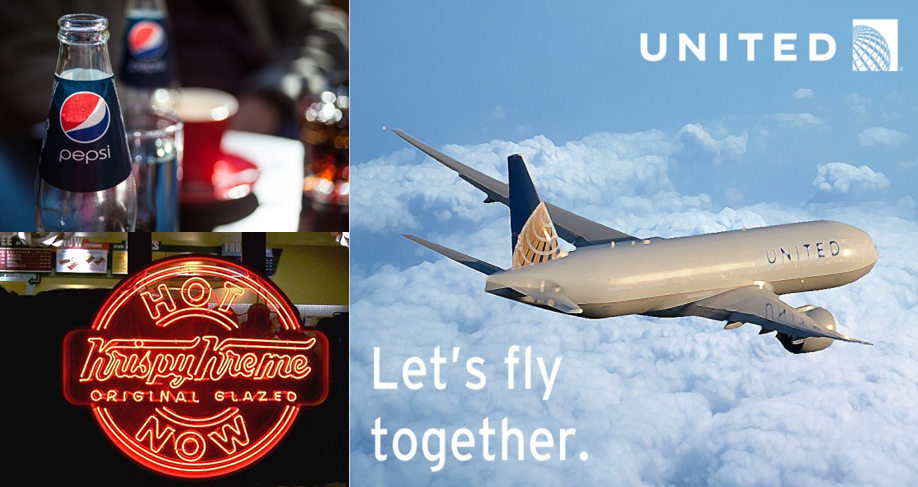 The future is here, and it’s solid chocolatey goodness.

Being so close to Easter it would be remiss to not start with the subject of chocolate eggs. Labelled as the ‘worlds very first’ solid chocolate egg, the Solid Chocolate Company’s newest release has got the world talking. The egg is made up of 42 pieces of chocolate – almost in a jigsaw puzzle fashion – and comes in four flavours; dark chocolate, milk chocolate, milk chocolate with caramel and white chocolate. Fingers crossed, this is the future and we have seen the back of the thin, hollow cardboard tasting eggs sold in most supermarkets. The solid egg maybe a tad expensive, but worth every penny in my opinion.

Kreme of the Crop

Everyone’s favourite doughnut brand has been on everyone lips recently. Apparently us British lot have struggled to understand that Krispy Kreme is spelt with two Ks and instead are regularly referred to as “Krispy Cream” and “Krispy Creme”. In order to help us Brits, a rebrand to “Krispy Cream” has occurred. A simple name change but one that not only got all of us talking but got picked up everywhere and anywhere from Metro to the Huffington Post via the Mirror and Mashable.

There is something in the water – literally

Thames Water has had a bad few weeks when it was hit with fine of £20m after it was discovered to be polluting the River Thames. ‘It can’t have been that much!’ I hear you say… ‘not worth such a significant fine’ – think again - Thames Water dumped a casual 1.4 billion litres of raw sewage between 2013 and 2014 killing off fish and making people and livestock ill. Not that you were ever going to go for a dip in the Thames, but this is even more reason not to.

Not even Kendall Jenner can save Pepsi

Kendall Jenner – tick, soft drink giant - tick, enormous budget for a new advert – tick; what could go wrong? Well, literally everything. The drinks giant recently launched its newest campaign which depicted the model diffusing a protest-like situation by simply walking up to a police officer, cracking open a can of Coca Cola’s less fun cousin and bringing together police and protestors. The advert’s gist was that we should all unite and “join the conversation.” In that way, the soft drink ad succeeded; it did in deed provoke conversation— but unintentionally about Pepsi’s tone-deafness. According to Pepsi, all those women’s marches, Black Lives Matter protests, and demonstrations outside Trump Tower would be much more effervescent—and effective!—if someone had just brought some soda. Within 48 hours the video got nearly 1.6 million views on YouTube (five times as many dislikes as likes), and Twitter and Facebook lit up with people pointing out just how gauche the whole thing was. Pepsi has bowed to pressure and pulled the advert from every possible platform. The video has been removed from YouTube and in a statement, the company said: "Pepsi was trying to project a global message of unity, peace and understanding: "clearly, we missed the mark, and we apologise. We did not intend to make light of any serious issue.”

Topshop has once more come under fire for the mannequins that it is using. This time, child mannequins. Spotted by Zoe Mason and her 15-year-old daughter whilst out shopping, the figures are extremely thin and some members of the twittersphere have even gone as far as to describe them as ‘famine victims’. We all have an image of how we want to look or a weight that we want to be – but this should not be influenced by shops and magazines (although they very much are right now). We need to encourage body positivity, women picking each other up, and just generally teaching people – especially children – that it’s OK to be thrilled with who and how you look and feel. Not a good look for Topshop and something that they will feel the effects of for a long time.

Social feeds have been awash with the images and film of United Airlines workers dragging a man off a flight after they over booked the aircraft and needed to cut the numbers of travellers. The video is shocking and on its own would have been enough to put people and the media against the airline provider. But the PR disaster was not finished there, CEO Oscar Munez, decided to step in and state that, "employees followed established procedures for dealing with situations like this”, and that the passenger was being, "disruptive and belligerent." HEAD IN HANDS. This was a chance for the recently named 'U.S. Communicator of the Year' (PRWeek) to step up, apologise and reassure the public that some form of interval investigation in to the act of brutality was already underway. This MAY have enabled to brand to, at some point, move past the incident. Instead, he has stirred the pot, ruffled even more feathers and provoked an even greater fall out for the company, seeing its share price drop by 2% resulting in a loss of $1bn in market value. Ouch!