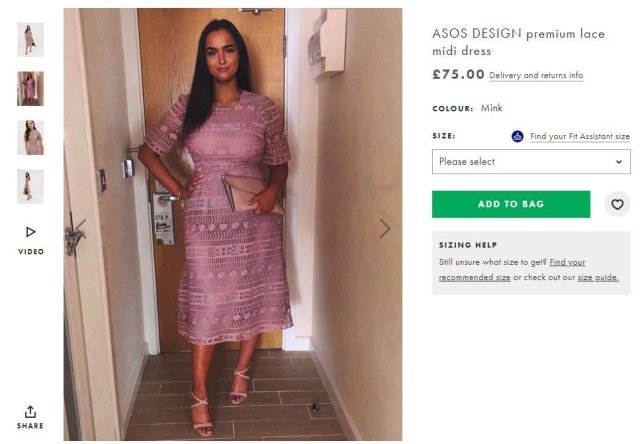 ASOS have taken a negative comment on a customer`s photo and used it as inspiration for a reactive and empowering marketing campaign. After purchasing and posing in an ASOS dress, Thea, received a message on Tinder from a man telling her she looked `awful` as well as describing her outfit as a `charity shop job’. Thea then took the messages viral through a tweet adding a caption `Men are Trash.` After more than 100,000 likes, 9,000 retweets, and many supportive comments directed at Thea from both men and women, ASOS responded by using the image of Thea as a model for the dress on their website. They then took to twitter by posting an image of their website featuring the image of Thea posing in the dress adding the caption `Swipe right to see who had the last laugh’. Twitter and many of its users were ecstatic with the outcome.  A successful campaign backed by the public in the promotion kindness over meanness.

Head & Shoulders have been accused of cultural appropriation and naming a hairstyle of three slim braids the `English braid`. Head & Shoulders claimed that the look was created in partnership with Braid Bar in support of the Women`s World Cup this summer. The issue relies in the naming of the hairstyle, as the braid resemble cornrows – a traditional African style. Many people took to twitter after seeing the campaign in Hello Magazine claiming that the brand was erasing the rich history of the ancient, African style. Head & Shoulders produced a statement insisting that erasing Africana culture was never the intention. The hairstyle has not been changed as the three braids are meant to symbolize the three lions on the English football shirt. It will be interesting to see whether players or supporters attempt to wear the three small braids during the upcoming tournament…I doubt it.

A Russian swimwear model, Kinsey Wolanski, made international headlines after breaching security and streaking across the pitch during match play at the Champions League final between Liverpool and Tottenham Hotspur in Madrid, Spain. Wearing a black one-piece swimsuit advertising `Vitaly Uncensored’, Wolanski ran to the centre circle to disrupt the match in the early minutes in front over 60,000 fans and a worldwide televised audience of millions. The reason for the invasion was to promote her boyfriend`s adult prank website: `Vitaly Uncensored`. As a result of the stunt, Wolanski gained close to 2million Instagram followers before being arrested and taken to jail as well as suffering a suspension from Instagram. There currently is no news as to when or if Wolanlski`s suspension will be lifted and or if she will be charged for her actions. Not only has Wolanski suffered the consequences but, Vitaly Uncensored has also been banned from football stadiums around the world. While achieving the overall goal of increased publicity for both her modelling career as well as her boyfriend’s company, results have backfired. Potential fines or jail time does not seem to be worth gaining followers, especially on a now non-existent account. Better luck next time Kinsey.