THE GOOD, THE BAD AND THE UGLY 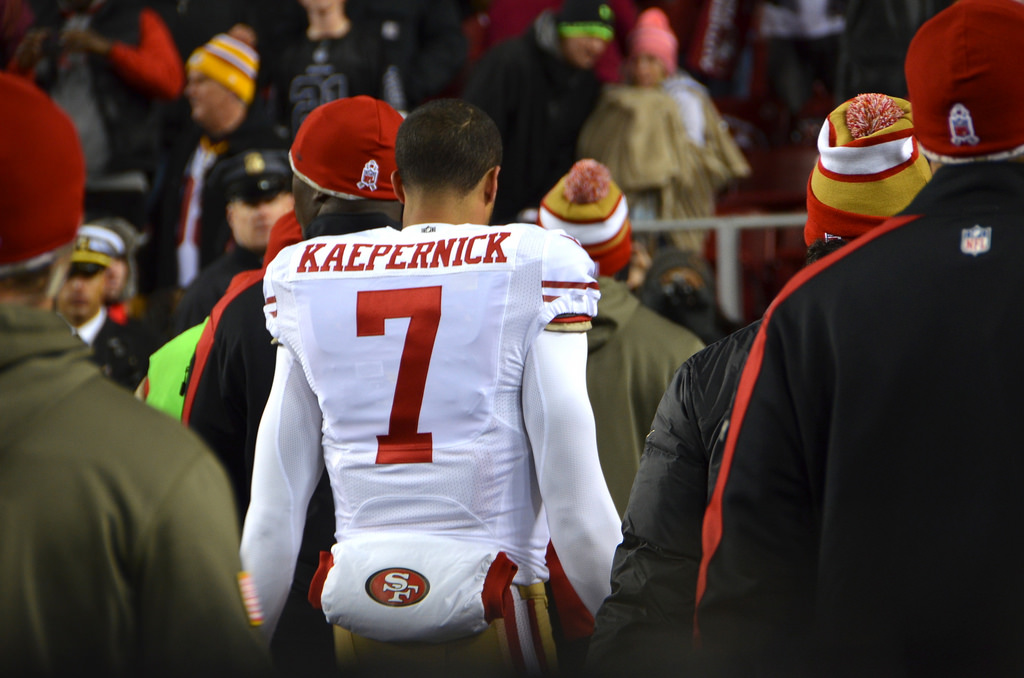 And just like that, October is upon us. Spooky month. To be followed by sparkler month, with prosecco drinking month hot on its heels. But before we get all consumed in seasonal rituals, time to step back a little and consider what went down in the marketing world in September, as we said goodbye to summer and embraced the autumnal chill…

We’d be doing ourselves an injustice if we let  September pass by without comment on Nike’s controversial advertising campaign, featuring former San Francisco 49ers quarterback, Colin Kaepernick. The campaign, released early September to commemorate the 30th anniversary of Nike's "Just Do it" slogan, drew a deluge of criticism and support from consumers. Kaepernick became one of the most polarising figures in the sports world after he took a leading role in player protests; kneeling during the national anthem to call attention to racial injustice and social inequality. He has gone unsigned by any NFL team since March 2017. However, whilst Nike shares initially dropped 3% after the release of the ad campaign, Nike's online sales jumped. No matter the opinion on Kaepernick’s actions, this makes it into “The Good” for the ‘proof in the pudding’ sales results and sheer force of publicity this campaign created - it was a courageous move, taking a stand in support of a social issue, where few (if any) brands have of late, and is a significant sign of Nike's strength and confidence in its position in the marketplace. Nike’s shares have since recouped all their losses. I feel that this campaign will be viewed as a highly positive move by history.

Ok so not so much ‘bad’ as perhaps, ‘unconsidered’… Harvey Nichols rebranded to Holly Nichols for the month of September as part of a women's empowerment campaign, revealing the temporary name change in the first week of September to kick off its "Let’s hear it for the girls" campaign celebrating women. However, the change leaves out the name of the company's female co-founder, Anne Harvey. In 1831 Benjamin Harvey opened a linen shop on the corner of Knightsbridge and Sloane Street in London, and a decade later he employed James Nichols. When Benjamin died in 1850, his wife Anne Harvey took over the business and went into partnership with Nichols, forming Harvey Nichols & Co. Jumping forwards to the modern day, and the name ‘Holly’ was chosen to represent all women rather than focus on just one person, the group marketing and creative director informed media. In the current climate of gendered social issues, surely celebrating the historical context and founding story is much stronger than  generic name-picking, championing the real-life story of the little-known female founder…?

Gah. I don’t even know where to begin with this one. A toothbrush subscription company which had to apologise after attracting heavy criticism for a “foul” marketing campaign aimed at first-year students arriving at universities across the UK: a beer mat with a suggestive image of a woman’s mouth drooling a white substance, with the phrase “spit or swallow” on the reverse. Yep, pretty classy. Brushbox initially tried to defend the image as a “tongue in cheek” attempt to raise awareness about dental health, saying the image was “intended to raise eyebrows”, before issuing a more forthright apology. “We are really sorry if anyone has been offended by the promotional image used... We now realise it was inappropriate and misguided of us to use this type of image as a way to raise awareness of dental health issues,” Brushbox said. One Twitter user’s reaction summarises the belittling stance we should take on this one: “No one swallows toothpaste.”