GOVERNMENT FUNDING – WHERE SHOULD IT BE DISTRIBUTED? 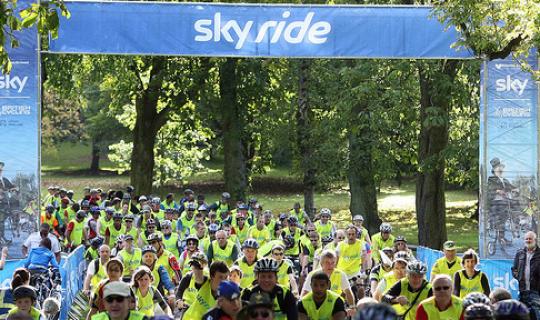 According to the recent UK Sport State of Play report (SoP) the National Governing Bodies for Olympic and Paralympic sport received approximately £500m worth of funding for the 2012-2016 Olympic cycle. With “austerity” being the word of the moment, the debate about where Government funding should be distributed is on the tip of everyone’s tongues in the post-election climate.

The dealing out of funds across sectors like the NHS, education and defence raises a contentious debate; however sport is never normally too far down the pecking order. The BBC has however already announced the proposed axing of the licencing fee could affect it’s broadcasting of the Olympics, and therefore should we be concerned that other major sports events could suffer too? Is this an insight in to where our nation’s priorities are? Is sport really near the bottom of the pile?

A consortium of CEO’s spanning 39 National Governing Bodies (NGBs) wanted to make sure that Downing Street knew the impact that government funding has had on sport over the past decade. The NGB’s commissioned the SoP conducted by Sheffield Hallam University, which aims to highlight the importance of sport funding to the new look cabinet.

The 39 NGBs receive about 78 per cent of Sport England funding across a four-year period (around £300 million), while they are awarded £196 million for Olympic and Paralympic sports through the four-year Rio 2016 cycle from UK Sport.

The improvement of Team GB’s international performance can be easily tracked. Before government funding was introduced, Team GB could only manage 36thplace in the medal table at Atlanta 1996, with a certain Sir Steve Redgrave and Sir Matthew Pinsent providing the only gold medal in the coxless pair. In London 2012, Team GB reached an unprecedented 3rd place in the medal table with a total 65 medals, 29 of them being gold. However, to further strengthen the argument the SoP aims to present deeper insight into the influence that funding has on sport, rather than focussing solely on their medal tallies.

The report comes up with some impressive stats:

- 1.8 million people registered as members of sport clubs run by the collective NGBs, one million more than those who are members of a political party.

- Over 1.9 million volunteers linked to NGBs, a greater number than the entire workforce of the NHS, with their financial contribution estimated to have been worth around £5 billion for the year.

- 9.3 million people across the country claiming to take part in at least 30 minutes of exercise a week.

These stats are extremely impressive and show how important funding is to NGBs and the nation as a whole. The big question is, can and should NGBs strictly rely on government and Lottery funding? Is there a better alternative?

The United States Olympic Committee (USOC), the umbrella organisation controlling US NGBs, receives no federal funding at all. Yet at London 2012 they topped the medal table, with a total of 104 medals. USOC generates their funding from both public donations and corporate sponsorship. For the 2009-2012 Olympic cycle these revenue streams generated USOC $795,917,076  (£539,560,901).

Commercial vision and success in British NGB’s is varied, some do it extremely well others… not so much. One of the most famous success stories is British Cycling and their BSkyB partnership. The relationship first began in 2008 with a £1 million sponsorship of the Track Cycling team following the Beijing Olympics in which British cyclists excelled. This relationship has evolved with Sky’s support spreading across all the Olympic disciplines from grass roots level right up to the elite teams. The partnership also produced Team Sky the professional road cycling team in 2010. Team Sky went on to win the tour de France in 2012 and 2013 with Bradley Wiggins and Chris Froome in the yellow jerseys. This monopoly that BSkyB and British cycling have across both professional and Olympic arms of the sport enables British Cycling to have full control of its athletes that have professional interests as well. This would not be possible without a commercial partner like Sky.

BskyB also wanted to boost participation in the sport, solidifying a top down association; to do this Sky also introduced Sky Ride which is a series of mass participation events across the country with 200,000 people taking part. It is reported that as a direct result of the campaign, 700,000 new cyclists are now riding their bikes once a month (since 2008).

This is a perfect example of how a National Governing Body capitalised on medal success and with the help of a good commercial partner managed to increase performance, funding and participation. Is it time for other governing bodies across the board to start prioritising commercial partnerships?