THE GROWTH OF E-SPORTS: OPPORTUNITIES,THE NEED FOR REGULATION AND COMMERCIAL STRUCTURE 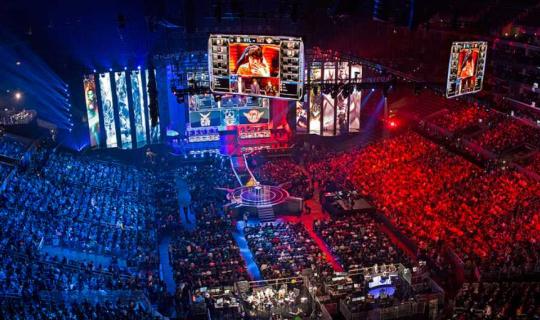 The growth and popularity of e-sports is nothing new (and not to be confused with i-gaming / internet betting). The internet has provided a global platform for players to compete on a professional level (leagues, prize money, fans, live events and endorsements). The seismic shift was that it also allowed fans to spectate and share the sport.

Now a spectator sport, e-sports is big business and getting bigger. As a result it will become more and more commercialised, creating opportunity for growth but also exploitation. The teams, leagues, and tournaments have turned professional with prize money and endorsements, therefore the sport needs regulating if it is not to be exploited. Its rapid growth and popularity also poses health implications in a society already battling with inactivity. Popularity and influence brings responsibility -  who do you want the next generation to aspire to play or be?

This figure is set to rise to 2.1bn by 2017 meaning that there will be more people actively gaming than playing sport and as many gamers as sports fans!

The commercial opportunity is potentially significant but so are the risks

The benefits of a commercial strategy and  structure

I want to  be clear, I am not anti e-sports. It is new, fast growing, disruptive and clearly popular - it’s a huge opportunity that needs to be manged responsibly and therefore we should all be having the debate. For example:

In summary e-sports is growing fast and is clearly a lucrative opportunity. Any sport has to protect is No1 stakeholders – its participants and fans. This takes time and money. The question is can it establish itself within enough time to protect itself?  Traditional sport is far from perfect. Like most new and emerging dot com ‘disruptors’ they benefit by a lack of legacy, the opportunity to start from a blank canvas. Maybe this is its biggest opportunity – create a new model for the governance of governing sport.