HAVE BRANDS MISSED A TRICK IN NOT SPONSORING THE COMMONWEALTH GAMES? 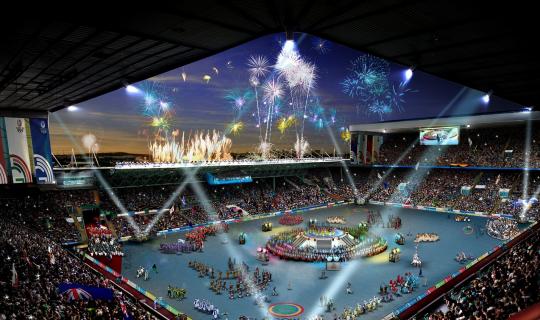 As the Commonwealth Games gets ready to kick off a number of sponsors are ramping up their activation in a bid to promote their brand from Glasgow and beyond. Automotive giant Ford and Scottish electricity supplier SSE have accelerated their social, print and outdoor activity in an attempt to engage with fans during the ten day spectacle.

However, as this article on Marketing Week discusses, a number of big name brands have steered well clear of the Games, while a number of other companies, such as Heineken and Speedo have become involved on a much smaller level. Indeed, Speedo only came on as official swimwear provider for Glasgow three weeks before they were due to kick off, and Gatorade only came on board more or less on the eve of the Opening Ceremony.

But have companies missed a trick with Glasgow? In the wake of London 2012, many brands are dubious about Glasgow 2014’s ability to provide full value for money, but could there be a value in associating with the Games that that hasn’t been full appreciated? Generate Managing Director Rupert Pratt was asked by Marketing Week to give his thoughts on the Commonwealth’s commercial appeal and this is what he had to say:

“London 2012 raised the profile of sport and sponsorship and theoretically that should have just rolled into Glasgow’s commercial plans. That momentum failed to materialise and it is made all the more obvious by some obvious categories missing from the top tier [sponsorship] roster.

“It’s really suffered from a marketing and profile perspective and the perception of something that’s happening in Scotland and not commercially for the rest of the UK, something that will change once the games have begun.”

Whilst it may seem apparent that Glasgow 2014 has experienced low-key marketing, potentially to its detriment, and a slight World Cup hangover, it will be interesting to see whether this changes once the Games kick off, and if brands will be kicking themselves for not being a bigger part of the action.