HOW WILL THE NEWLY NAMED MANOR F1 TEAM COPE IN 2015 FORMULA 1 SEASON? 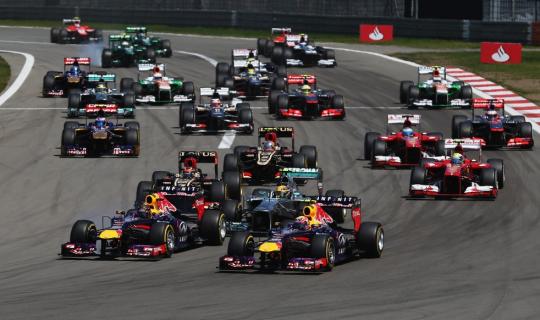 With the start of the 2015 Formula 1 season beginning this weekend with its traditional curtain raiser in Australia, it is time to examine the cars lining up on the grid, and look at the most intriguing storyline in Formula 1 this year - the plight of the Marussia F1 team (or as it’s now known: Manor F1).

The team entered administration in November last year causing them to miss the last three races of the season. Unlike fellow Formula 1 bottom feeders Caterham, who also suffered financially last season, Manor only confirmed their participation for 2015 last week.

Manor F1, albeit under the name Marussia brand, won only two points last season and things don’t look much brighter for the re-branded team this year - Manor need more than just a name change.

They line up on the grid with no sponsor and no additional funding. Having been unable to fully develop and test a new car for this year, they will be using a modified version of their 2014 car. The driver situation doesn’t shout pole position, with Will Stevens, who made his F1 debut last year, and rookie Roberto Merhi having only participated in one Grand Prix between them. To a fan it doesn’t look hopeful, to a sponsor it’s not inviting, in fact to anyone with some business sense or marketing and sponsorship knowledge, this appears to be a team destined to end in financial and performance suicide.

This is not the first struggling team in F1; Manor should look back at Brawn GP who followed a successful path out of financial issues, by focusing on long term performance which brought success on the track and in turn sponsors interest.

Back in December 2008, Ross Brawn purchased the F1 team and focused on developing the car for the following season instead of fighting for positions that year. So with a highly developed car, a tactical mastermind in Ross Brawn, and two experienced and loyal drivers in Rubens Barrichello and Jenson Button, Brawn GP comfortably secured the Constructor’s Championship, and became the only F1 team in history to have a 100% record in world title wins.

Does Formula 1 have a role to play in supporting struggling teams?

In an article on the BBC website, (http://www.bbc.co.uk/sport/0/formula1/29905081), Andrew Benson highlights the fact that the top teams like Mercedes, McLaren, Red Bull and Ferrari have more than three times the budget than other teams, and the blame for this disparity can fall on an unfair revenue system that rewards historic importance as well as on track performance.  Ferrari, McLaren and Red Bull earn a far bigger spilt of the pot than the other teams, and therefore can invest more in car development and drivers, which leads to greater investment from sponsors and the gap widening even more.

Unless Manor F1 are able to produce some outstanding performances on the track to attract further investment from sponsors, will they survive this year?