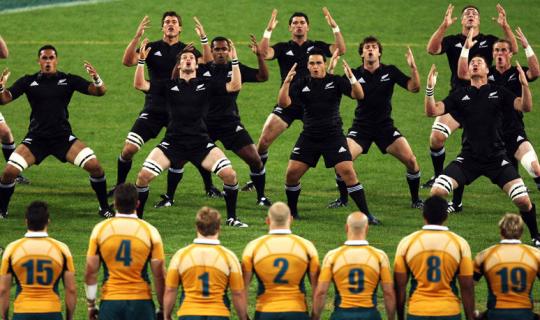 At the weekend, I watched as England were beaten in the cricket tri-series by our not so local rivals Australia. Watching with friends who are hard-core cricket fans, the energy and rivalry between both nations became very apparent and it got me thinking; what makes a good international rivalry?

Some of the world’s fiercest club sport rivalries are well documented; Roma v Lazio, Celtic v Rangers, Atletico Madrid v Real Madrid, Leinster v Munster and Oxford v Cambridge. These rivalries tend to form due to either geographic locality or due to both clubs vying for the same trophy or competition.

International sporting rivalries tend to be just as fierce, and are often between neighbouring countries, but their foundation tends to have a cultural, political or historical grounding – a dangerous recipe for rivalry.

In terms of historical grounding, England v Australia is one of the fiercest rivalries in international cricket…but it’s not the only one.  India vs Pakistan is one of the most intense rivalries in cricket. The 2011 cricket World Cup semi-final match between the two nations was the largest TV viewership of the year with 150 million people tuning in.

The first test match between India and Pakistan was on the 16th October 1952 and would last just 3 days, as India won by an innings and 70 runs.  It would take Pakistan 26 years to win a test match series against India in the 1978-1979 series.

The intense rivalry stems from the partition of British India in 1947, which meant that there was an independent Pakistan and India. This inevitably led to an incredibly violent conflict between the two nations and this hatred would follow to the sporting world, even to this day.

Although this fixture is a great sporting spectacle and one of the most watched sporting events in the world, it is often surrounded by violence, terrorism and controversy.

However, when you get away from the controversy, fans who watch the matches live from inside the stadium all say the say that it is one of the greatest sporting atmospheres in the world.

One of sports’ most recognisable rivalries is that of Brazil vs Argentina. However, the intensity of the rivalry as we know it today had a slow birth.

With football being introduced to the two nations at the start of the 20th century it did not take long before the creation of the Copa Roca in 1913, which enabled the two nations to have a regular fixture.  The fixture back then was played in a more respectful spirit rather than an intense one, with Argentina having more of a rivalry with Uruguay than Brazil.

At the time the main footballing nations of the continent were Uruguay and Argentina, with Brazil lingering in the background. However, Brazil weren’t spectators for long and winning three FIFA World Cups made them one of the best football teams in the world adding petrol to a rivalry between these two South American giants.

At the heart of all sporting rivalry is what it means to the fans, and within the international zone, those fans that then become players. In 1969, the greatest Brazilian player of all time stepped up to take the most significant penalty of his career against – you guessed it – an Argentinian goal keeper. Pele scored his 1,000th career goal when Santos played Vasco de Gama to the utter dismay of Argentinian shot stopper Edgardo Andrada – whose reaction whilst playing for a Brazilian team in the Brazilian league, shows how deep these passions and rivalries can run.

Closer to home, it is quite appropriate that the oldest international football fixture in the world is littered with pride, history and politics. From as early as 1870, this fixture has never failed to captivate the two nations and deliver drama and stories as it continues to produce great sporting entertainment for the world.

The first official date for the first England v Scotland fixture is the 30th November 1872 and was played in Patrick, Scotland on the Scotland Cricket Ground. It was played in front of 5,000 fans and it finished 0-0, which looking at the score lines of that time is a surprising result, a result which has only been repeated twice in the history of the fixture.

It is not until the introduction of The British Home Championships where the rivalry begins to heat up.  The addition of a competition to win instead of just friendlies meant that the fixture had more value to it.

By the 1980’s the rivalry which was surrounded by pride and tradition turned to hatred and resentment. Thatcher’s Tory government made it hard for the Scottish working class and the fixture became more than just about the sport. Along with football hooliganism gaining popularity, the fixture became more and more dangerous for the fans and players.

By 1984, The British Home Championships had been abolished and the fixture has become a rarity in the modern day.

This rivalry means so much to the fans that it is lucky Vauxhall has sponsored all the home nations.   If not, then they could have seen a fall in sales either north or south of the border.

The England vs Scotland rivalry is not limited to football, in Rugby’s Six Nations the Calcutta cup is a hotly contested affair.

You can’t mention rugby rivalry without mentioning the Aussies and Kiwi’s. The Australia v New Zealand rivalry revolves around one thing, the Bledisloe cup. Named after the New Zealand Governor-General, the first contest for the trophy was in 1932 with New Zealand coming out on top by winning all of the 3 matches in the series.  The cup was contested on an irregular basis when it was first formed and usually played every 2 – 3 years with Australia winning the next meeting in 1934.

With Rugby becoming a professional sport in 1995 and with more exposure to the contest with greater TV coverage, the rivalry kept on growing.  This lead to what many people believe to be the ‘greatest game of Rugby ever played’ in 2000.  Played in front of a record 110,000 people at Sydney’s Stadium Australia, with the visitors coming out victorious thanks to a late Jonah Lomu try.

My personal favourite aspect to this rivalry is the lack of political involvement.  It’s a great, old fashioned, classic rivalry which is all about the Rugby.  Everything is left on the pitch apart from one thing, the passion for the sport.

Looking at it from a sponsorship point of view, it is interesting to see how a rivalry can affect them.  A rivalry can have a negative effect on a brand, purely for the fact that they sponsor the other team.  Studies have shown that supporters of one team tend to avoid brands that sponsor their main rival.

Such is the rivalry with Celtic and Rangers that, Rangers kit sponsors McEwans Lager noticed that sales of their lager all but stopped in the Celtic affiliated areas of Glasgow.

To counter the negative impact that these rivalries could potentially have, sponsors have in recent years attempted to bridge any potential gap by sponsoring both teams – CR Smith, Carling and Tennents have all struck deals with both sides of the Old Firm.

Whilst the international side of the spoon may not be quite as intense as Glasgow’s Old Firm, some sponsors have been able to capitalise on the rivalries by sponsoring both sides of the coin – such as Vauxhall who are England and Scotland FA sponsors and were lead sponsor of the recent Scotland v England friendly in November 2014.

Rivalries are what make sport great and it is one of the many things that I and many people love about it. It is ultimately driven by emotion, and at any sporting event your emotions can range from absolute ecstasy to sheer frustration in a split second.