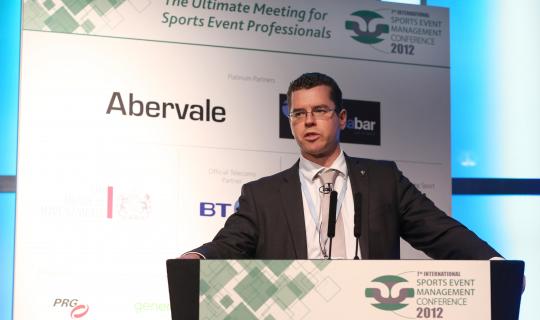 Kit McConnell, IRB’s Rugby World Cup Tournament Director, said that development of Rugby in non-traditional regions and countries is key to the growth of the sport and the Rugby World Cup.

Speaking at the International Sports Event Management Conference in London, he outlined that the sport is growing in major markets such as China, India, Brazil, Russia, and Tunisia and these countries are increasingly expressing interest in hosting events.

Ross Young, COO of Rugby World Cup 2015 also said it was important the sport is taken to non-traditional rugby areas of England during the 2015 Rugby World Cup to ensure a legacy is created through the hosting of the Tournament. “We want to take the game into traditional football areas all over the country – our focus is on driving awareness, engagement and legacy through playing numbers to grow the sport in the UK and Europe,” said Young.

Young also said that around three million tickets will be available for the 2015 Rugby World Cup after the Six Nations in 2014 across 10-12 venues.

When asked whether confident of selling tickets, McConnell said, “We hope fans will attend the smaller games.  Many fans picked up a second team in New Zealand and we want to take this forward to 2015.”

McConnell discussed the benefit to New Zealand of hosting the Tournament, from which it made revenue of 750million NZD.  “This was the biggest event to ever take place in New Zealand.  They may never host the Olympics – this was their Olympics.”

McConnell also discussed other areas of growth and investment in the sport. “One million women play rugby around the world and we are continuing to invest in the women’s game including the area of high performance and different cultural strategies to engage women.  Rugby 7s continues to grow and this will have a major impact on revenues.    We are hosting a Rugby World Cup for the first time in Asia in 2019 and by this date we expect the Rugby World Cup to be an extremely attractive property to host.”