IT’S JUST NOT CRICKET! IT’S RUGBY, FOOTBALL AND MANY OTHER SPORTS TOO 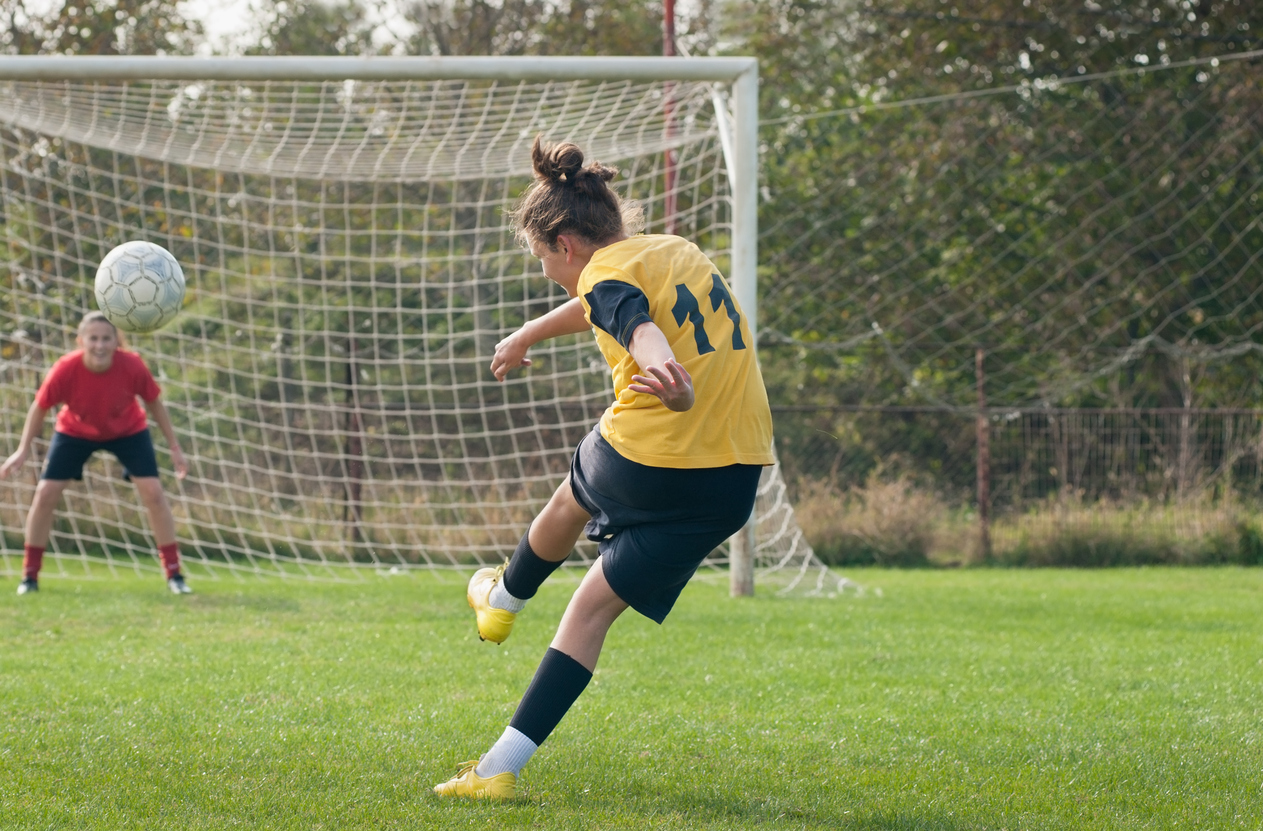 Unless you’ve been living under a very large and heavy rock of late, you’ll know that today is International Women’s Day.  This day is quite rightfully used to highlight women’s issues across the globe, and while I don’t want to take away from those causes, I feel this is also a great opportunity to celebrate women’s sport.

There has never been so much progress and success in women’s sport as there is in this moment in time, especially here in the UK.  Accolades and achievements by women in their respective sports are supplying the demand for greater attention.  So I was disappointed to wake up to the news today that the number of women taking top jobs in sport has declined at a concerning rate since 2014. Although women working at the top of sport seem to have hit a disappointing slump, women getting involved in and excelling at sport is continuing to grow at an impressive rate.

One example of this happened yesterday in women’s football as “Come on you Lionesses! #GERENG #SheBelievesCup” was trending across the Twittersphere, with many posts coming from men in the media– something that both surprised and delighted me. As Emma Watson said on a more macro-feminist level, we will only achieve equality when we have #heforshe.

This year’s She Believes Cup 2017 is the second of an annual female football competition held in the States, something you wouldn’t expect most people to know or care about here in the UK.  But with the success of the Lionesses in recent years fuelling greater presence in the media, their activity is no longer going unnoticed.  And with the diminished performance of the men’s England national team, perhaps football fans are taking their eggs out of one male-dominated basket and giving the women’s game some love.

This summer plays host to some of the most important fixtures in the women’s football calendar; June will see the historic occasion of Cardiff hosting both the women's and men's UEFA Champions League finals and the Netherlands will be the home of the UEFA Women’s EUROS the following month.  It will be Scotland’s debut at the EUROS and England is a favourite to win, so with both teams’ games being televised for the first time on Channel 4, it looks set for record audiences.

Football is just the tip of the iceberg when it comes to the growth of women’s sport; Last week the RFU announced its new multi-million pound investment in Women’s Super Rugby; a new professional league in women’s rugby. According to research, the number of women playing rugby union in the UK grew significantly in the aftermath of England’s victory at the 2014 Women’s Rugby World Cup, which is great news for the sport.

Just last week in the cricketing world, it was announced that the live streaming for the ICC Women’s World Cup Qualifier 2017 in Sri Lanka attracted an astonishing 1.75 million views, and post-match clips & highlights drew in a further 17.8 million views on ICC’s digital channels, proving that this movement has also extended in to another typically male-dominated sport, cricket.

It’s not just the pitch-playing team sports that are experiencing huge growth in audiences: take cycling as an example. While the male side of the sport experiences scandal and allegations of sexism, the female side has kept its head held high and is flourishing, which is resulting in expanding features at their competitions and more televised coverage.  With rather relevant timing, it was announced yesterday that British Cycling has appointed Julie Harrington as its chief executive.  Seen as a landmark appointment, it sends out a crystal clear message from the governing body as she will be the first woman to hold such a senior a position at the NGB.

Innovative brands such as Zwift which are renowned for championing women’s cycling are having a huge impact on the female cycling community. Last year, Zwift’s revolutionary talent ID programme, the Zwift Academy, gave amateur cyclists across the globe the chance to ride from the comfort of their homes, using the digital gaming platform, to win a place on the CANYON/SRAM professional women’s team.  Zwift has also promoted an International Women’s Week programme to motivate as many women as possible from all abilities to come together to cycle at the same time on the platform.  These types of female-specific initiatives encourage women to participate in sports that many feel are male-dominated and intimidating, and more sports could use these types of benchmarks to help rectify their gender bias going forwards. 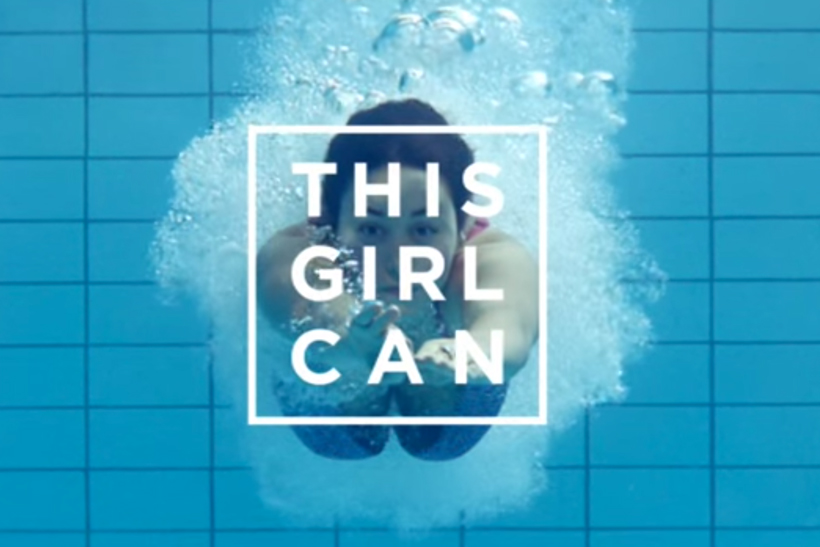 Any blog on women’s sport doesn’t feel complete without a mention of the This Girl Can campaign. Sport England recently released the much anticipated sequel to the highly successful original campaign, powerfully entitled ‘This Girl Can: Phenomenal Women’. With another catchy soundtrack, laid underneath the powerful words of Maya Angelou, women sweating, jiggling and beaming has never been so appealing and so publicised in the mainstream.  Inspiringly, the campaign purposefully advertised it’s out of home adverts to feature next to Protein World’s controversial Khloe Kardashian campaign, receiving widespread praise from the public.

As the high percentage of coverage in the back pages will tell you, today is a day to celebrate women’s sport - but shouldn’t this be every day? There is still a lot of work to do to bring women’s sport up to the standard and attention of men’s, especially after the findings in the Women in Sport survey released today shows that under half of Britain's 68 sporting bodies do not meet new government guidelines of having a minimum of 30% women on their board.

Another contentious issue in the world of women’s sport is pay – something that would need its own blog entirely to go into further depth. Salaries, prize money and sponsorship across most sports still have a significant gender gap, even when certain female sports have experienced more success than their male counterpart sports at major global competitions, such as Olympic Games and World Cups. For example, England football captain Steph Houghton earns an annual salary of £65,000, with around £4,000 coming from sponsorship. This is eye-wateringly low when compared to her England football captain counterpart Wayne Rooney, who earns a weekly salary of £300,000 excluding million-pound endorsements from the likes of Nike.  Although this is an extreme example and many will argue that the level of men’s and women’s football is by no means on a level playing field, it does send sirens ringing across the sporting world and calls for a re-evaluation of pay, if not a reality check.

Yet with continued achievements, prolific female role models and increasing sponsorship in women’s sport, the future is looking bright.  I look forward to a time where the word women isn’t needed to define their sport.