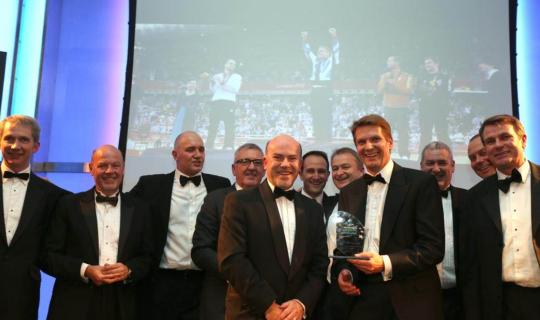 London 2012 swept the board last night at the 6th Annual International Sports Event Management Awards 2012, as the elite of the sports event management industry celebrated at the Cumberland Marble Arch Hotel, London.

Team London, sponsors of the Games, LOCOG and its suppliers collected seven out of eleven of the awards, recognising those who behind the scenes made the Games a huge success. Held annually alongside The International Sports Event Management Conference, the ISEM Awards recognise excellence in leadership, innovation and achievement in the delivery, operation and management of sports events globally.  The selection process started with a record number of entries and the successful evening was a sell-out, reflecting an amazing year of sport.

Winners were awarded in the following 11 different categories:

Best Use of Sponsorship - Lloyds Banking Group for London 2012

Best Use of Technology - BT Global Services for London 2012