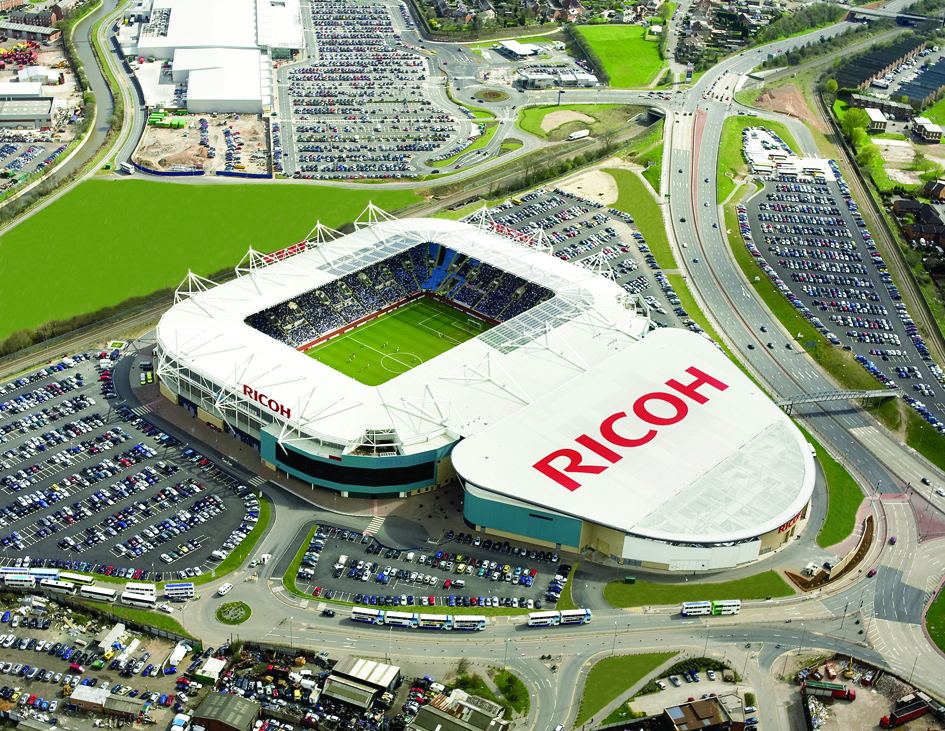 We are thrilled to announce that we have been appointed to find a new naming rights partner to the UK’s leading multi-purpose stadium and complex for the first time since 2004.

Mongoose is joining forces with Wasps during a very exciting time following their move to the stadium in 2014. Mongoose will be driving the search for new partners to rugby Superbrand, Wasps, as well as current Vitality Superleague champions, Wasps Netball.

Currently named the ‘RICOH Arena’, the complex welcomes over 1.6m visitors every year and comprises the stadium, indoor arena, conference and exhibition centre, banqueting hall, hotel and casino.  It is the home to three celebrated sporting tenants; Wasps Rugby, Wasps Netball, and Coventry City FC, who have just been promoted to League One, as well as one of the world’s largest poker tournaments, Goliath and the Champion of Champions, globally televised snooker.

Reinforcing the stadium as a world-class sporting venue, the list of sports which have also featured at the arena include the Olympics, international football, Six Nations Rugby, Davis Cup tennis, international weightlifting, gymnastics and professional darts.

In addition to hosting sports events, the stadium has famously hosted world class music and entertainment such as Coldplay, Bruce Springsteen, Rhianna and more recently the Rolling Stones.

Ideally positioned within a two hour reach of 75% of the country and conveniently located in the heart of the country, the Ricoh Arena is the perfect business location and has also flourished since Wasps relocated in 2014, giving the famous rugby club a greater fanbase which now draws a following from both Coventry and Birmingham whilst maintaining their heritage from its days in London and the Thames Valley area.

Stuart Cain, Commercial Director at Wasps Rugby, said: “The opportunity to establish a new stadium naming rights partner is a pivotal moment for Wasps as it allows us to grow our sponsorship strategy and invest further in the development of the business and our mission to become the most successful rugby club in the world, both on and off the pitch. We are looking forward to working with Mongoose to explore potential partnership opportunities with brands and businesses that are aligned with our values and will help to enhance the experience for our sports fans, corporate and entertainment visitors.”

Andy Muggleton, Commercial Director here at Mongoose, said: “We’re delighted to be working with Wasps at this exciting time. It’s been an impressive period both on and off the pitch since moving to Coventry. The stadium naming rights represents a great opportunity for a business to take perceived ownership of this impressive, diverse and respected stadium operating across sport, business and entertainment. It’s been a positive year for all three sporting tenants; Wasps Rugby, Wasps Netball and Coventry City, and we’re looking forward to even more success in the coming years.”