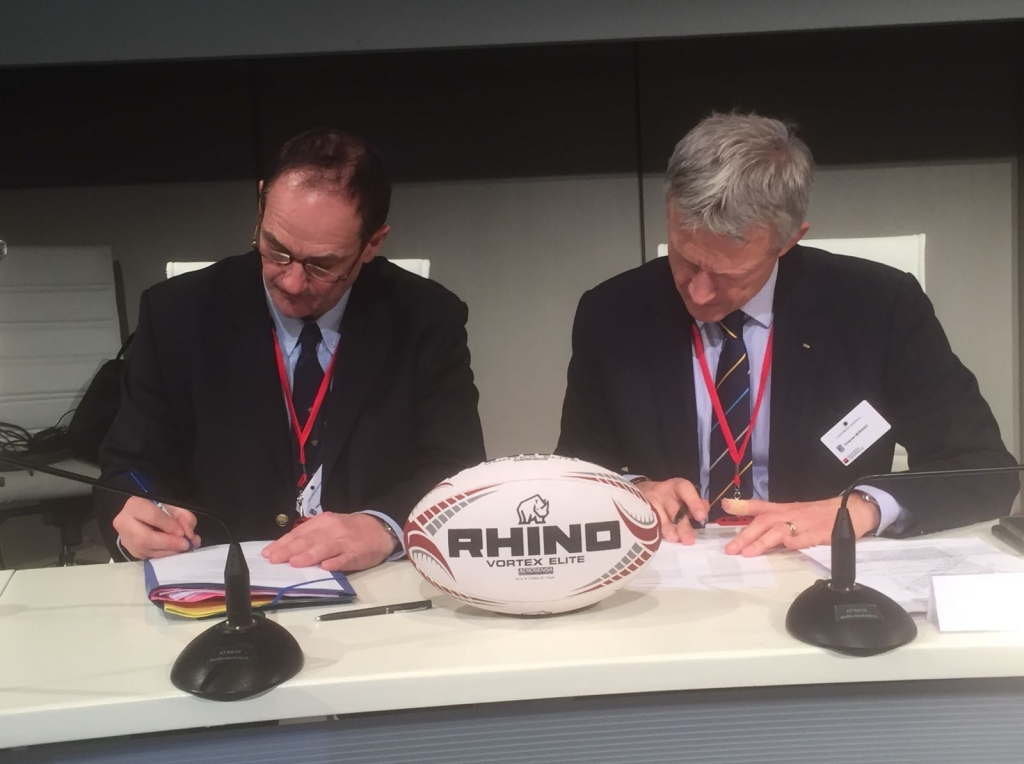 During the partnership, Rhino Rugby will supply balls for all Rugby Europe tournaments spanning 80 international matches and 20 tournaments a season across men’s and women’s fifteen-a-side, seven-a-side and beach rugby throughout Rugby Europe’s 48 member nations.

Octavian Morariu, President of Rugby Europe and IOC Member said: “We are thrilled that Rhino Rugby joins Rugby Europe with this long-term partnership. Their proven expertise in top-level tournaments and championships will be very useful in the upgrade of our competitions. This is also a huge opportunity for Rugby Europe to support the unions in their development.”

Reg Clark, Chief Executive of Rhino Rugby added:  “Rhino is delighted to become Official Ball Supplier to Rugby Europe and in addition to assist the 48 unions in its membership with the technical equipment needed to develop the game in those territories.  We operate at the highest levels of the game across many product categories but are equally committed to grass roots rugby.  We are looking forward enormously to working with Rugby Europe and its member unions.”