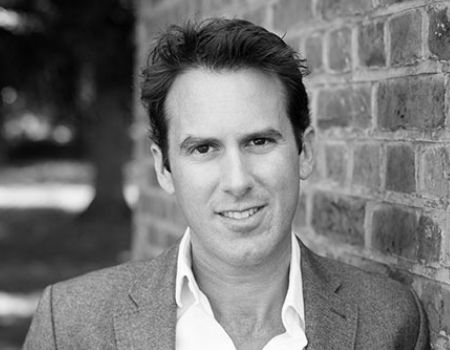 To mark six months since the acquisition of Generate Sponsorship, Mongoose CEO Chris O'Donoghue spoke to Sports Industry Biz about what is next for Mongoose.

There’s now been time for the dust to settle following the recent acquisition, what is the set up now at Mongoose?

We are now six months into the acquisition, moving under the same roof together in London Bridge in April, and it’s been completely seamless since then.

The reasons behind the acquisition are two-fold; we’ve known and trusted the Generate guys for many years and with 13 years of heritage they have some really great people doing some ground-breaking work for clients.  From a sponsorship activation point of view, it was a no-brainer. Effectively, continuing doing what we’re doing just bigger and better. The second reason was based on acquiring an offering we previously didn’t have in our armoury; rights sales and representation.  Essentially helping rights holders commercialise their assets and to create new revenue streams for clients.  Our rights sales team is doing really well already, representing a wide range of premium global rights. What I particularly liked about Generate’s rights portfolio was that only approximately 65% of their work was in sport, with a lot of clients across entertainment genre’s. This has really complimented our existing brand clients many of which sponsor entertainment programmes and initiatives.

Both Rupert Pratt and Andy Muggleton, who founded Generate, are fantastic to work with and are continuing to do exactly what they were doing before, just under the Mongoose banner and together we’re winning some exciting new brands and business having recently announced Müller, Table Tennis England and Greene King IPA.

Earlier this week we have launched a new division called Mongoose Promotions, which will help us better understand the behaviour of client’s customers and to create and execute campaigns. We are also continuing to work closely with our sister agencies, under The Mission Marketing Plc banner, which include Bray Leino, Bigdog and Speed Communications, enabling us to deliver fully integrated solutions for clients.

Tell us about your recent wins such as Müller and Greene King IPA, how has this impacted the recent growth of the team?

It’s been a very busy summer! On the brand side, Müller and Greene King have been activating on a nationwide basis with AJ Bell, Brit Insurance, Thompson Reuters, Columbia Threadneedle Investments all involved with world class events and global programmes. On the rights holder side, we have been busy working with clients such as Cirque du Soleil, ATP, England Golf and Rugby Europe – delivering them innovative sponsorship platforms and creative commercial opportunities. So we are very busy, but we’re always looking to do more, and that’s where my role comes in as we look to grow the agency through new business, new initiatives and new offerings.

Do you see the agency growing further through expansion and acquisition as well?

Expansion, yes absolutely. We’re in London and Singapore and we have recently opened a new office in Ireland. Furthermore, we’re already looking in to opening a US office in the first half of next year, likely to be either New York City or Chicago. Expansion globally is the priority at the moment. From an acquisition standpoint, we won’t be acquiring in the near future but The Mission is always keeping an eye out for interesting propositions.

You had a very busy Olympic Games period activating Müller’s partnership, but aside from them, who do you think performed and who didn’t from a brand perspective?

It’s a cliché, but sport really shone through a lot of pre-Games’ negativity and it was a superb Games all round. In terms of a brand winner, I actually think the City of Rio did extremely well, considering the issues it had ahead of the competition, as a tourist destination it came across very well.

From a sponsorship perspective, I think Nissan and Samsung were very clever with their new-age, content-led campaigns. Great content, and importantly, very shareable. Of course it’s hard to compare every brand involved and they’ll all have entirely different sponsorship objectives, for example the objective of our client Müller, was to sample their new and innovative products and get the brand and product out there. Through planned and strategic activation, we sampled close to half a million yogurts across London and Manchester during the Olympic Games, which was big success for them as well.