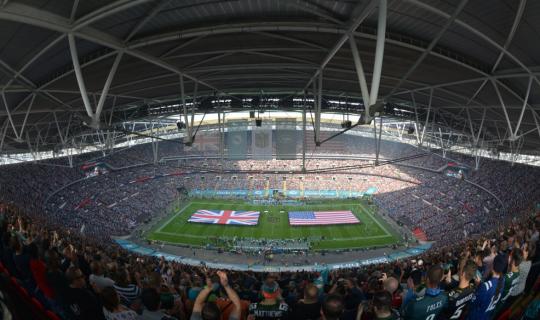 Last weekend the NFL returned to Wembley Stadium for the latest incarnation of the NFL International Series. Once again a phenomenal crowd of European NFL fans, American expats and US tourists who followed their side across the Atlantic turned up and filled Wembley to the rafters.

The demand for these International Series games has been overwhelming, only one of the 12 matches has failed to attract a crowd of 80,000. And even the paltry 76,981 that saw the Chicago Bears take on the Tampa Bay Buccaneers in 2011 would have filled every stadium in the country apart from Twickenham and Wembley. The International Series continuing to grow, the NFL recently reaffirmed its commitment to playing games overseas until at least 2025, with games likely to be played in London and other countries.

Once again, lots of the talk in the build up to the game focused on the possibility of a permanent, London based franchise in the future. Chancellor of the Exchequer George Osborne was among those crying out for a team of our own, the British Bulldogs perhaps? 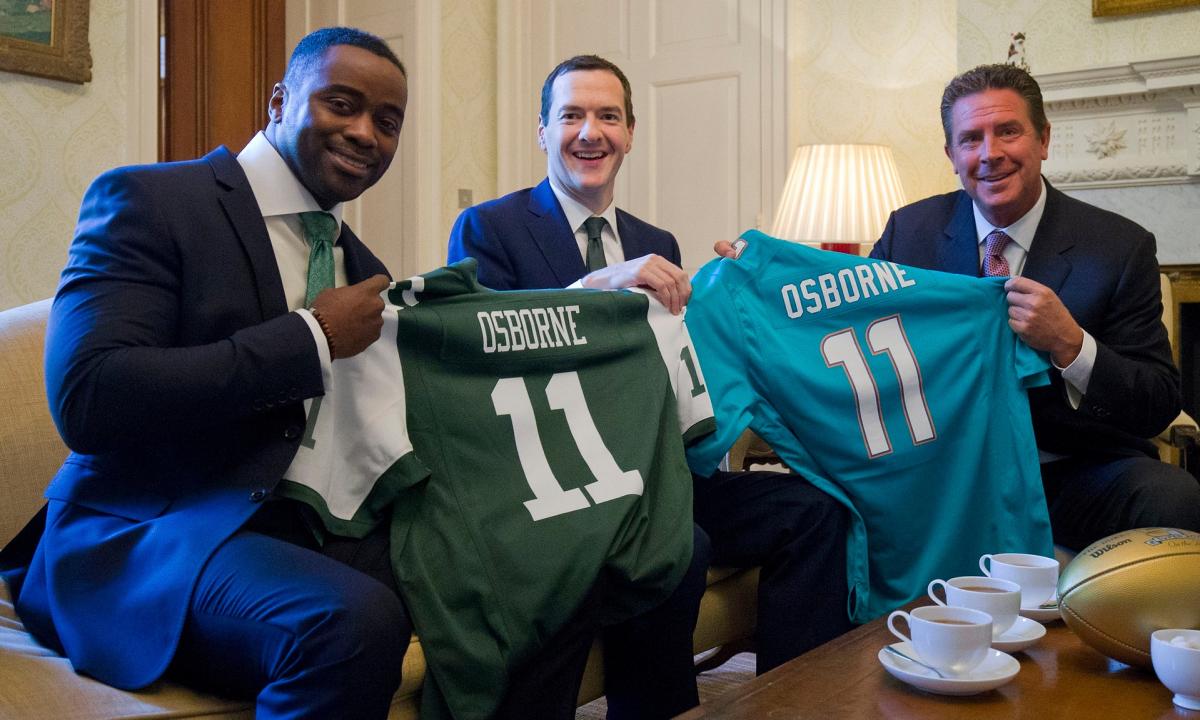 It is an exciting idea, but how practical is it?

While the travelling time from the east coast of the US to London is no different than the flight from Miami to Seattle and the fixture schedule can be sympathetic in terms of playing ‘road trips’; two or three matches in one part of the country to minimise travelling. It still presents a real issue if a California based team has to travel to London for a playoff game and get back for a game on the west coast the next weekend.

There are problems around visas, tax and passports which are legitimate concerns. However, the NBA, NHL and MLB all have Canadian teams and have negated any problems. With some cooperation from both the NFL and the UK Government those problems can be overcome.

The biggest hurdle to a London NFL franchise is one that won’t be solvable until it is too late. What if the fans don’t show? 80,000 people will happily turn up three times a year to see some of the marquee names in the sport at Wembley, but would a franchise be able to consistently grab the attention of fans and media if it didn’t win?

The NBA’s ill-fated Vancouver Grizzlies failed for precisely that reason. The team simply weren’t any good, so fans didn’t want to go to games and it was hard to sell marquee free agents on a move to a struggling team, let alone one in a different country. The Grizzlies lasted in Vancouver for six years before being relocated to a more traditional basketball town, Memphis, where they have thrived. Could a London NFL team fall into the same trap? 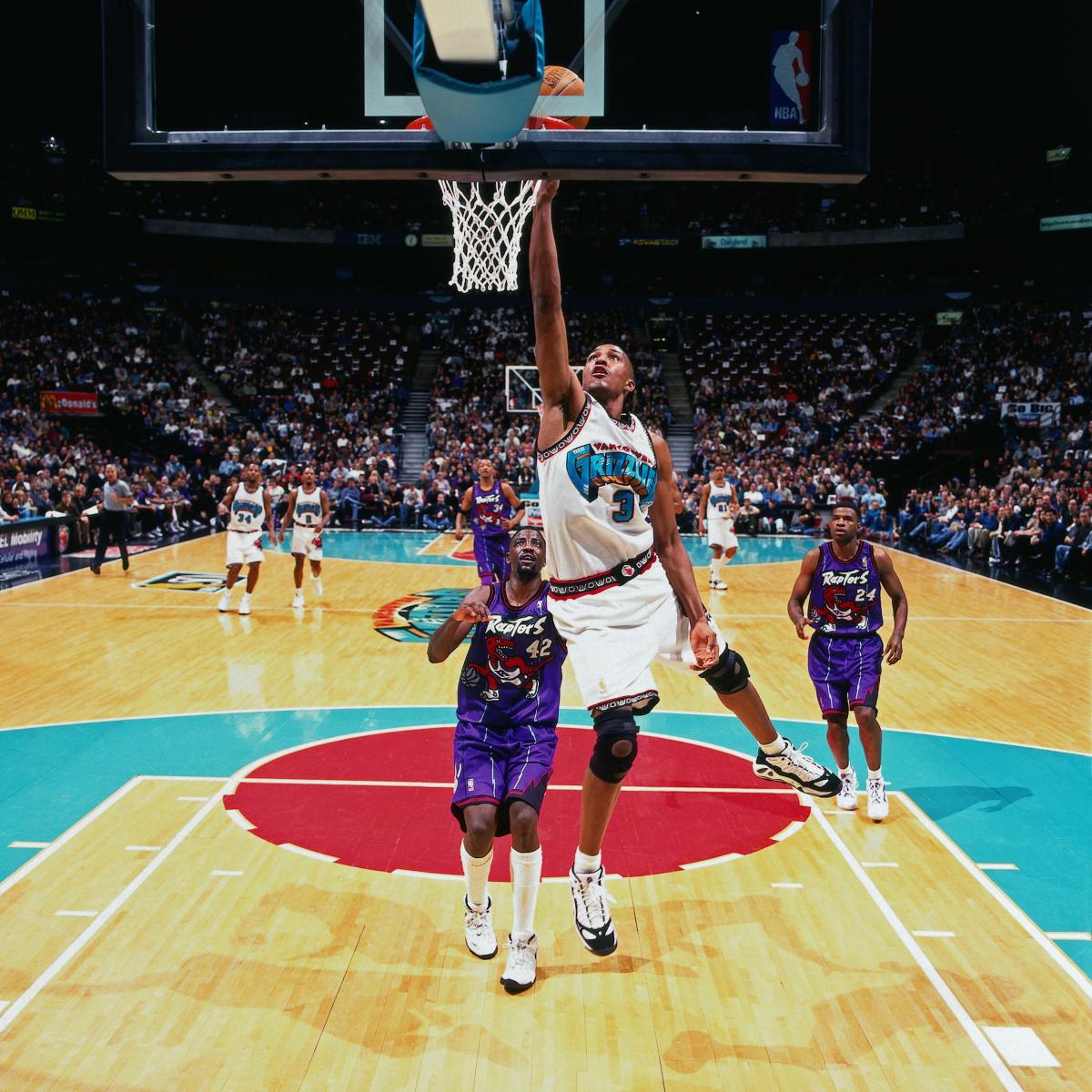 The NBA's Vancouver Grizzlies only lasted six years before moving to Memphis. Would a London NFL team also struggle?

The NFL is clearly interested in London as its primary international market, whether through franchise relocation or league expansion; the Jacksonville Jaguars are frequently sighted as the team most likely to make a permanent jump across the pond. Despite their struggles and seemingly ambivalent fan base, the Jaguars’ average attendance was more than 65,000 a game. Could a move to London really improve those figures?

If London does get a team, the doors are open for a whole host of exciting possibilities for the NFL. A previous attempt to crack the European market, NFL Europe, failed because it was a feeder league that didn’t truly capture the imagination of fans. But full NFL status for those teams would provide the excitement and star power the fans in Berlin, Barcelona and Amsterdam craved.

Two new divisions could be added to the NFL structure, with one made up of teams based in Europe and one with teams in Canada and Mexico.

The NFL is money making machine, generating $12 billion in 2014 and its commitment to international expansion is real. The struggling NFL Europe existed for over a decade, and the International Series at Wembley has seen a one off game in 2007 grow into a commitment to host matches overseas for nearly two decades. The interest from the league in growing interest outside of the US is very real. The road to a truly international NFL lies through London. If, when it gets the chance, a London team succeeds we could be seeing teams appear in Toronto, Vancouver, Berlin, Mexico City and a whole host of other markets, finally tuning the NFL into an league with the international appeal it craves.