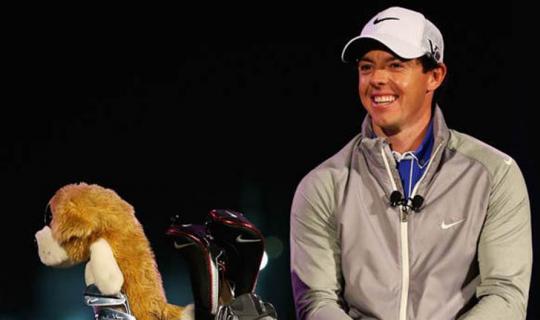 Nike have bolstered their stable of global sports stars with the endorsement of Northern Irish golfer Rory McIlroy for a reported $200 million over the next ten years. This is a real statement of intent from the brand who already have a number of high profile partnerships in golf across the world, including a multi-million dollar deal with Tiger Woods. With this latest deal it seems that Nike have identified golf as an area for significant growth within their product range and Rory is their man to lead that charge.

When Rory put pen to paper with Nike it is unlikely that he considered the ramifications and the resultant backlash that has ensued – his long standing personal sponsor Jumeirah Group is not renewing its lucrative partnership, whilst Oakley are launching legal proceedings against the two time Major winner. The Nike deal will also see the 23–year old move away from his trusty Titleist clubs, which is no simple task; golf is such a technical sport that players rely a lot on their equipment and changing clubs could take some getting used to. As a result, it is perfectly feasible that McIlroy’s form may drop, which is the risk he is taking by signing with Nike and exactly the scenario the brand will be hoping to avoid.

McIlroy is without doubt the flavour of the month in the golfing world and he has all the potential to become one of the greats – although Nike have taken a measured gamble with the longevity of the partnership. Just a few years ago Nike caused outrage by electing to stand by Tiger Woods as controversial details about his private life became public and he took time out of the sport to focus on confronting his demons. It is certain that the sportswear brand will have covered all bases from a legal perspective, but this still has a negative impact on the perception of the brand; just one of the risks taken through personal endorsement deals. Rory seems like a safe bet in terms of his image, although Tiger was also seen to be a safe bet all those years ago.

In summary, this deal is fantastic news for McIlroy and his team although it has come at some cost as he has lost longstanding and loyal supporters / relationships. It will be interesting to see how the new equipment effects his performance and how the partnership between the two sporting mega brands (Nike and Rory) grows; it seems that Rory has been brought in to replace Tiger as Nike’s lead golf ambassador.