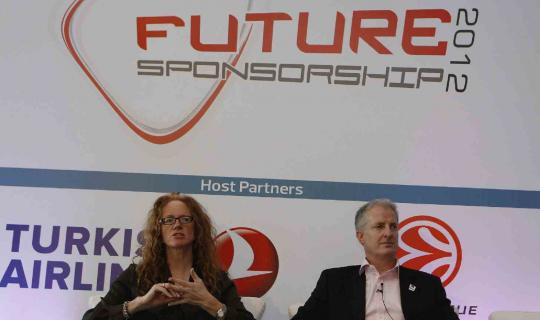 Three of the major sponsors of the London 2012 Olympic and Paralympic games, who spoke at Future Sponsorship in Istanbul today, said the sponsorship delivered huge value for money.  BT, Lloyds and Cadburys confirmed successful staff engagement and revenue growth which delivered measureable return on investment for their brand.

Sally Hancock, Director of Olympic Marketing and Sponsorship, Lloyds TSB, said, “The Games for us represented huge value for money.  We signed up as the earliest partner and we got out of the blocks early, leveraging for the full five years which was key to our success.  Before the Games started, the sponsorship already delivered return through new business generated.”

“We delivered against our objectives of brand reputation and staff motivation, spending 50% of our focus on internal activation.”

BT’s Marketing and Brand Director Suzi Williams, said, “BT’s objectives used the sponsorship to transform the brand, generate revenues and engage staff and we exceeded all of these objectives. The Paralympics delivered huge ROI with 85% of our staff wanting BT to stay involved.”

“Sponsorship of events will be a big part of BT’s future sponsorship strategy – sport will be central to this but culture and the continuation of the Cultural Olympiad will be important too,” said Williams.

Cadbury’s  London 2012 General Manager, Norman Brodie, said the sponsorship also delivered return for the brand, even during a time of a major company takeover.  “We measured an increase in brand engagement by 5%, as well as colleague engagement during a time that major changes and redundancies were taking place.  Our community Spots and Stripes programme delivered an ROI of £3.39 for every pound invested, 2.8 million people were engaged via social media and we made 25 new business relationships as a result of the sponsorship.”

When asked how the sponsors worked with LOCOG, Sally Hancock said, “On the whole LOCOG did an outstanding job.  We took the decision early that we would not rely on LOCOG for marketing initiatives so we became very inward focused and we only had one dispute in five years.  However, generally sponsors are regarded as the necessary evil and really don’t receive enough recognition of the value sponsors bring which LOCOG didn’t manage well.”

Moderator Rupert Pratt from Generate Sponsorship summarised the session, “The clear legacy for sponsors from the Olympics has been the valuation and measurement of success for sponsors.  The industry can now finally move on from media value and focus on demonstrating clear measurable return on objectives which engage with the sponsors target audience.”