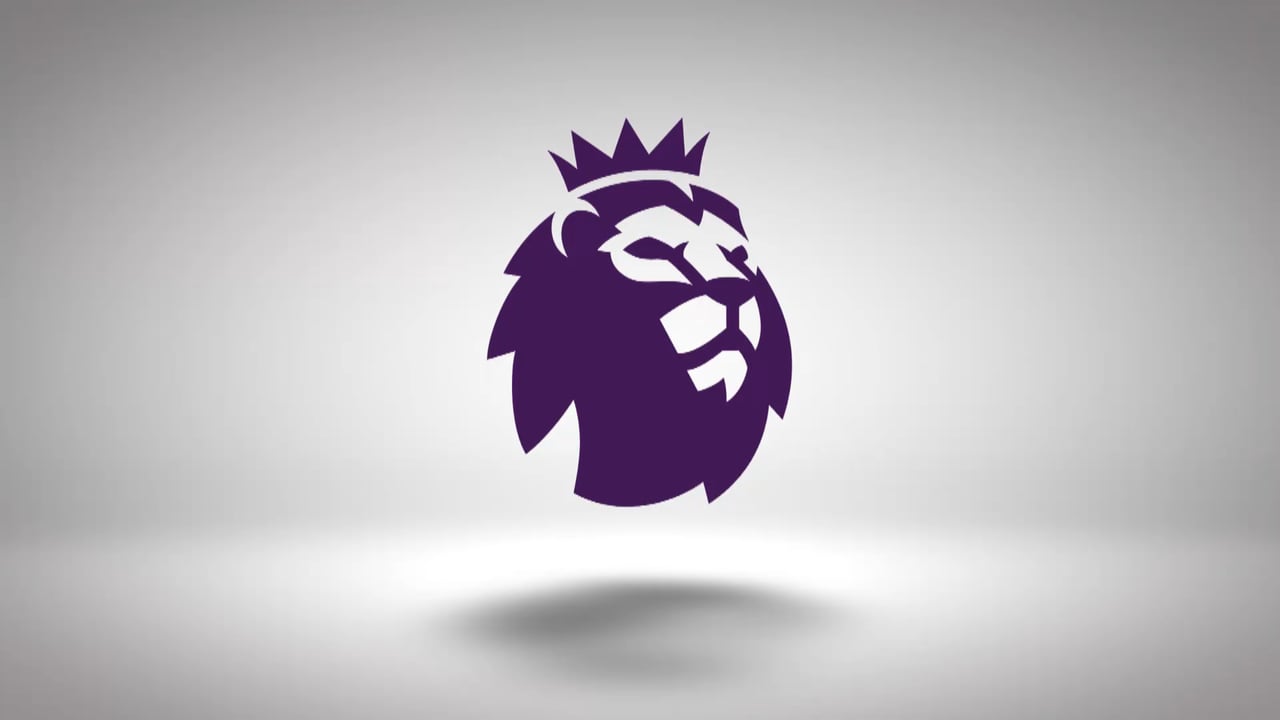 CEO, Chris O’Donoghue (COD) sat down with the two youngest members of the Mongoose team and self-proclaimed football aficionados, Tom Shaw (TS) and Milo MacKean (MM) to discuss their predictions for the upcoming Premier League season.

COD: So let’s start with the easy one, Champions? Chelsea are holders but who are you backing this year? Tom as the youngest, you can kick us off!

TS: For me you can’t look past City to win the league. Surely after spending bazillions on their back line again this summer, they must have got their defence sorted by now and they’ve never had problems scoring goals so they’re my tip for the title. As a Leeds fan, I can’t bring myself to endorse the red half of Manchester but with Lukaku up front, Rooney finally off their books and Tinder on their shirt sleeve, Mourinho’s men will be more than a match for anyone this year!

MM: Antonio Conte wins league titles! Fact! Five as a player and now, with the 16/17 Premier League trophy in his cabinet, four straight as a club manager, stretching back to 2011-12 with Juventus. Obviously, this campaign is going to be tougher for Chelsea, other sides have strengthened, they have the Champions League to compete/challenge in and they are leaving their summer transfer activity very late. However, a team with a year of Conte’s tactics drilled into their heads, plus the returning Eden Hazard (who by all accounts has been training this summer unlike the summer after Chelsea’s last Championship where he turned back up at Cobham overweight) should see them make a flying start.  This accompanied by some very handy additions, Bakayoko and Morata especially, with the prospect of a few more to come I am positive that it will be England’s brave Gary Cahill lifting the trophy for the second year in a row.

COD: Now for the other end of the table, the three sides who will be playing Championship football in August 2018?

MM: Now this is a hard one as I think there are lots of teams who will be preparing themselves for a relegation battle. The sorry three that I have chosen however are Newcastle, Swansea and Huddersfield. Huddersfield, I don’t think will have enough goals in them to get the vital points to stay up; they were promoted with a -2 GD from the Championship last season. Swansea, if they lose Sigurdsson, are losing leadership, goals and most importantly creativity which for a team who play ‘sit back, compact, lets hopefully grab a goal and win 1-0’ football would be a devastating loss. And with today’s news of Rafa Benitez already prepping his side for a relegation battle and their very uninspiring summer transfer window which will result in a very weak Premier League squad, Newcastle are going to be in and around the bottom three.

TS: So I have Swansea and Huddersfield as well but my third tip is Brighton. Like Milo, I feel Swansea’s only hope is Gylfi Sigurdsson, he holds the keys to their survival mission again this year, and if he leaves the Liberty before the end of the transfer window, there’s a good chance they’ll be down before the Christmas decorations! With still nearly a month to go before the transfer window closes, Brighton and Huddersfield really need to bring in some proven Premier League players to boost their survival chances if they’re going to avoid relegation back to the Championship.

COD: Let’s now focus on individuals and talk about top goal scorers - Tottenham’s Harry Kane won it last year with back to back hattricks on the last two weeks of the season. Who’s going to be banging them in this year?

TS: Last season we saw a glimpse of what the little guy is capable of, and for me that coupled with the fact that Man City will obviously score bags of goals is the reason why, if he stays fit, Gabriel Jesus is my Golden Boot winner. Given this summer’s obscene transfer sums, he looks a bargain at £27 million!!!

MM: Death, taxes and Harry Kane scoring 30+ goals in the Premier League to fire Spurs to second place – these things are inevitable. With Aguero receiving limited minutes cause of Tom's boy Gabriel Jesus and Lukaku and Morata still not guaranteed 30 plus-ers, Harry is going to canter to the top scorer’s crown.

COD: Now we all know Managers, even the successful ones, have limited shelf life these days. For you guys, who will be the first to get the boot?

MM: I feel bad targeting a Chelsea old boy but for me the axe is hanging very close to Mark Hughes’ neck and the season hasn’t even started yet. A disappointing 13th finish last year heaped pressure on Hughes.  Add to that the frustrating lack of transfer activity, the loss of Marko Arnautovic, and the desperately daunting nature of their opening cluster of league fixtures (eight of their first nine matches come against teams who finished in the top 10 last season, including Chelsea, Man Utd, Man City and Arsenal), mean the target is well and truly on Hughes’ back. I would be surprised if he makes it past September.

TS: We're almost spoilt for choice here, but for me it's a flip of a coin between Frank de Boer and Craig Shakespeare. Both Leicester and Palace have form for a mid-season sacking as recently as last year, so they're no strangers to chopping and changing. If they can sack the nation's sweetheart, Claudio Ranieri, nobody is safe at the King Power, so I'm going with Shakespeare to be the first man to go! As someone who hasn't recovered from Ranieri's shock dismissal and his successor's subsequent betrayal, as far as Snakespeare is concerned "Et tu, Brute?".

TS: I’m sure you’ll be happy to hear this Milo – my favourite for the PFA Player of the Year is Eden Hazard. He was back to his best under Conte last year so expect him to be Chelsea’s talisman again this time around. For those of you who like a flutter Sadio Mane would be my pick for an outside bet – with Coutinho looking like he’s on his way out, if Liverpool are going to be up there, Sadio will be their Mane man!

MM: It’s another Chelsea Old Boy, for me Kevin De Bruyne has it all and is one of Jose’s biggest mistakes as Chelsea manager. City are going to challenge undoubtedly, they’ve added some serious talent and one player who will not be losing their place in the side is young Kevin. In his first two seasons in the Premier League at the Etihad he has amassed 13 goals and 27 assists in 60 games, with yet more world class players around him these stats are only going to get better and better.

COD: There is a blue theme running through your picks Milo, another Chelsea boy for PFA Young Player of the Year?

MM: Funnily enough, I was going to say Rueben Loftus-Cheek but that really would just be Chelsea bias coming through, but I think I’m going to go for a Spurs player, Dele Alli. The linchpin to Spurs’ attack and the main supplier to Harry Kane’s inevitable 30 goal season as well as contributing a few of his own, YPOTY is wrapped up for Mr Alli for the third year in a row.

TS: If my guy Gabriel Jesus is going to win the golden boot and fire City to the title in the process, he’s got to be a shoe in for the PFA YPOTY.  Let’s face it, if Jesus can’t shepherd the Citizens, what chance have the rest of them got?

COD: Great stuff, the last two predictions are slightly more subjective but going to ask them regardless. Give me your signing of the summer!

TS:  Expect West Ham’s £13 million Javier Hernández to be a massive hit at the London Stadium. With Slaven Bilic attempting to roll back the years recreating the big-man-little-man strike partnership, Chicharito will thrive off Andy Carroll's flick-ons! Mohamed Salah has a point to prove in English football after never really getting his chance at Chelsea so don't be surprised if he's the man to push Liverpool towards a title challenge.

MM: This is a minefield, so many signings so many potential superstars but I’ve gone English and someone I saw up close and personal in Poland this Summer for the England U21s and that is Jordan Pickford. A world-class shot stopper, distribution most midfielders could only dream of and loads of room for improvement, he ticks all the boxes. Plus, he’s going to be busy at Everton, and if he can be the difference between a few goals here and there and push them from seventh to challenging the top four, whilst seeing them progress in the Europa League, which they have the chance to do, I think signing of the season is a realistic opportunity for young Jordan.

COD: Now for the mean one, your transfer flop of the summer!

MM: There are lots of candidates for this upcoming campaign; Danilo and Antonio Rudiger (although can you be a flop if you never play) are two that I have pinpointed but despite Tom’s best attempts to sway my decision, the guy I am backing is Mohammed Salah; he’s flopped before and I think he’ll flop again. Salah signed for Chelsea in 2014 for £11million and two goals in 13 appearances later he was packed off to Italy. This time he comes back to England with Liverpool and with a £34.3million hanging over his head, more money, more pressure means more problems for Salah – prediction:  32 appearances, two goals, two assists

TS: I can only see it being Alexandre Lacazette. Like Milo I'm not convinced by Danilo and Rudiger and these were near misses, but the number nine shirt at Arsenal seems like a poisoned chalice and with serial underachievers Arsenal aiming for fourth place again, I can't help but feel the Clock End will be pinning their hopes on Olivier Giroud to get them there.