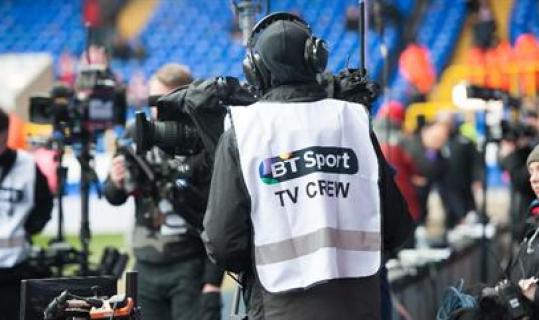 Yesterday, the Premier League announced that it has sold television rights to its games for a record £5.136bn - 71% above last time. Sky paying £4.2bn for five of the seven TV packages, while rival BT paying £960m for the other two. This record deal will see even the club that finishes bottom of the Premier League in the 2016/2017 season earning £100m from the deal.

This record deal will see the pressure being taken off the clubs with regards to sponsors, which in the past has been a buyer’s market with much less inflation. This TV income dwarves the £2m- £5m per year cost of sponsoring a low to mid-tier Premier League club, which the likes of AirAsia (QPR), Wonga (Newcastle) and Bet365 (Stoke) currently have in place. Nowadays, that amount of money hardly covers the wage bill for a decent striker and it is subject to the cost of servicing the sponsor, staffing the club’s commercial team and the risk of the sponsor contractually paying less if the club is relegated.

Even the £40m per season the Premier League gets for Barclays’ title sponsorship looks small in comparison to the deal Sky and BT have just signed.

Once again football is at the heart of a battle to win customers in the UK and increased investment highlights the power and pull of football as a marketing platform.

The pressure is once again off the clubs and the real pressure is now on sky and BT to make such a huge investment work.

It will be interesting to see if this price inflation is reflected in the broadcast sponsorship and advertising rates and if so whether the advertisers and sponsors agree.

You can read more of Rupert’s comments in Brand Republic’s full article here:http://www.brandrepublic.com/go/news/article/1333473/premier-league-tv-rights-deal-takes-pressure-off-clubs-shirt-sponsorship/