RELIGION IN FOOTBALL: SHOULD CLUBS BE ETHICALLY CONCERNED? 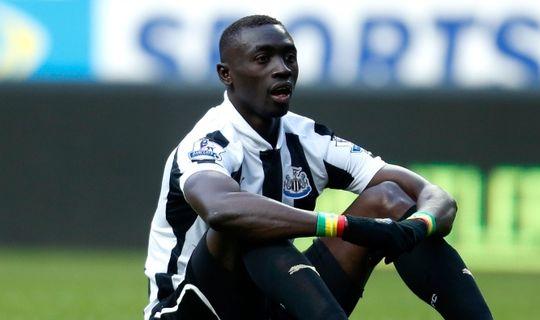 It has been a turbulent 10 days or so for Newcastle and their prized striker Papiss Cisse, beginning with his refusal to attend a pre-season training camp in Portugal on the grounds of Religious belief.

Cisse, a devout Muslim, voiced concern over the newly signed shirt sponsor Wonga, labelling the payday loans company ‘immoral’. Consequently the Newcastle talisman who currently wears the infamous No9 shirt, has landed himself in the middle of what appears to be an ethical dilemma between the moral responsibility of clubs, and the corporate interest of sponsors. Whilst the Newcastle board have acted accordingly, holding sensitive negotiations with Imams, Islamic law specialists and the PFA, the whole debacle has got me thinking- did Mike Ashley even consider the complexities of Sharia law as Newcastle signed a four-year deal worth £24million?

Since its birth in 1992, the ‘Carling’ or ‘Barclaycard’ Premier League’s religious plurality has been on a steady rise. From a population of just one Muslim, Nayim, of Tottenham Hotspur, the division now boasts over forty Muslim players who have helped contribute positively to the way in which religion is perceived by the fans. After all, who would have thought 15 years ago that the fans on Tyneside would be singing songs about Ramadan as they celebrated the goal scoring form of another Muslim, Demba Ba.

With other Premier league clubs increasingly endorsing betting sites, payday loan companies and other such ‘immoral’ sponsorship deals (Fulham, Marathonbet; Stoke, Bet365; Hull City; Cash converters), there was a sense of inevitability as Cisse expressed his discontent. Ironically the striker was pictured gambling in a casino (taken last October) just 3 days after he announced his boycott of pre-season. Furthermore, one could not help but wonder why he had not voiced concern over the previous Newcastle shirt sponsor, Virgin Money, indicating that there may have been an ulterior motive.

Whatever the intent, Religion and football can no longer be treated as oil and water. With increasing interest from companies such as Wonga, who crave the kind of exposure Premier League teams give, clubs must officiate their corporate and moral responsibilities respectively. Whether they do so, remains to be seen.