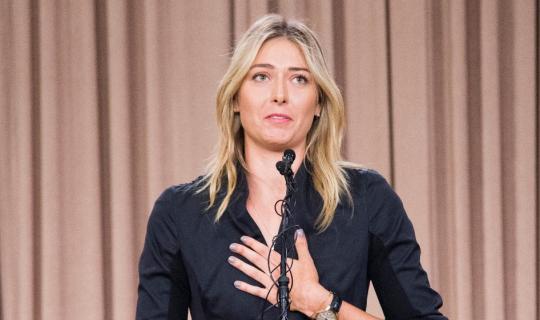 Firstly the announcement was a master class in crisis management – She announced the story, therefore was able to control it. In a very drab hotel conference room (terrible carpet), very little make up, dressed plainly and in black (little too far). Was it a coincidence that it was done on the same day Peyton Manning announced his retirement?

Secondly and most importantly the speed at which Nike suspended their contract (clever as it gives them the option to come back subject to how the story unfolds) and then the swift follow up from Tag Heuer and Porsche. This signals a marked change to me on how sponsors approach to issues or disrepute. For a long time the standard approach to crisis communications was to say nothing, don’t get dragged into the story and disappear into the background. Think FIFA, Lance Armstrong, Tiger Woods or how Nike has continue to endorse track and field athletes with doping history. No longer the case in the post FIFA and IAAF / Nestle era. An Era of corporate governance and social media.

Thirdly, as I have said before, we are entering a zero tolerance era and quite rightly so. A new line has been drawn and one which will help clean up sport.

Lastly, I’m not sure this story is going to go away unless it really can be proven. The medical history? Surely her management must have known what banned substances were coming in? She could have stopped taking it 31st Dec 2015 when it was banned. Why did Tag Heuer, who’s contract ended on 31st Dec 2015 either renew or not renew? Was this a story in the making before she was tested in January or did they know before Tuesday?