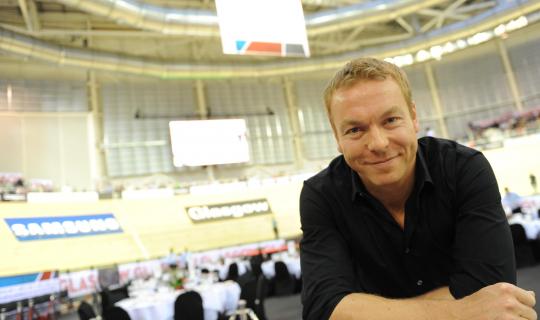 What advice would you give to the young riders aiming for Rio?

Nothing changes. The youngsters need to try their hardest and always give it their best shot and train hard. First year is about building your confidence on the world stage and building on the experience. The first year is rarely a reflection of how your career will turn out.

I haven’t had time to experience the post Olympics depression.

I don’t think it is affecting the team. With the mental and physical effort that everyone gives, there is no time to think about the past but focus on the future. Every minute of the day was planned out before the Games so it took some time to adjust to having some free time after London 2012 and the body took a long time to recover too.

When will you make a decision on your future?

I’ll make a decision sooner rather than later by Spring next year. I’ll be getting back into training and racing in January in Australia to see how the body copes. I will definitely not be competing at the Worlds as the rest of the guys have been training flat out, especially the younger guys not competing at the Olympics and trying to make the Worlds team.

Do you miss the sport?

After every Olympics, I like to take time off so at this time of year I always miss being on my bike. It’s a weird feeling walking into the Velodrome and not competing and not having the adrenaline and competitive head on and to be here just as a race fan.

I’m looking forward to getting back into the groove and get back into the routine in Australia. I miss the training as I now have so much spare time and you start feeling terrible and lethargic and run down and I definitely want to get back into some form of exercise and routine. When I eventually retire I will definitely still continue to cycle on my bike and keep exercising because it has been such a large part of my life for so many years.

What training have you been doing?

I’ve been doing one session a week and been trying to squeeze a week’s training into one session to remind the legs of what they’re supposed to be doing and hopefully it won’t take too long to get back into it. If you stop training completely it’s a lot harder to get back into the routine.

You have to be sensible with your training. You can’t flat out train for four years between the Olympics. If I had trained for the full four years ahead of London 2012 I wouldn’t have made it to the Olympics as you have to make sure you are in peak condition at certain points in the year.