SOCIAL MEDIA ON AN OLYMPIC SCALE 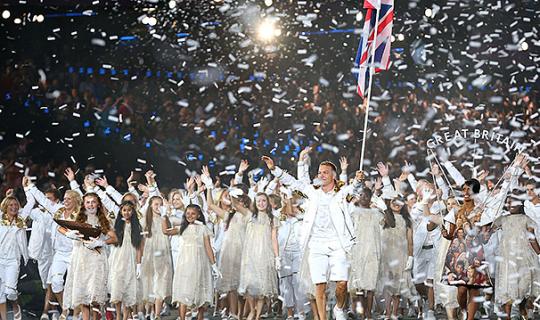 With London 2012 being called the “Twitter Olympics” I thought it would be an appropriate time to reflect on what we might expect from Rio 2016 digitally and then again four years on in Tokyo 2020.

As expected the social media revolution immersed spectators within the London 2012 like never before. Twitter reported that the Games drew more than 150 million tweets over the 16 days of competitions. Bolt’s 200m Gold saw a record breaking 80,000 tweets per minute, the highest ever recorded for a competition, furthermore, the Spice Girls Closing Ceremony performance broke the overall tweet per minute record at 160,000.

Four years on and with Rio just around the corner, Twitter users are still on the up but its share price is suffering. Instagram however is getting stronger and Facebook has expanded in to the world of media messaging and virtual reality. We live in a world where PewDiePie is the new “Games master” and 4chan has done more for teenage boys then Playboy ever did. Social media is intertwined with our everyday lives and this is a topic that deeply divides opinions.

In the early days social media was just seen as the new thing to do, it progressed first with millennials eager to show off what they were doing and how well they can use the newest version of the iPhone. Today, almost every family member is using one social media platform or another. The impact of social media today cannot be disputed, and unlike the Bebo’s and the Myspace’s of yester year the current players have outlasted the fad tenure. Social media has evolved and its durability is due to offering something truly useful.

The intrinsic value of social media is in the creation of meaningful content to directly engage an audience. From a commercial perspective regardless of whether you’re an athlete, ambassador or brand, content is key to boosting those likes, shares, and views. There’s an ever growing awareness that content is more than just words…

Being able to express an opinion as to whether Robshaw should have kicked the points or kicked for touch against Wales in the Rugby World Cup, or what happened to Adele’s microphone at the Grammies can now be expressed to more than just the people in the immediate vicinity, but to the world. This quest for real time content to share means it is changing the way we consume live experiences.

Four years ago I was sat in a media training session as part of my London 2012 preparation; it was a requirement for all prospective Team GB Olympians. The BOA (British Olympic Association) wanted to make sure we were fully aware of the pros and cons and do’s and don’ts of social media; our first test would be the Olympic Opening Ceremony. This is my best personal experience as to how the live experience has changed and I think it starts as a good point of reference to what we could expect in the future. The Games were the biggest event in the UK for a generation and the Opening Ceremony was to be the first glimpse of what London had to offer. It was to be by far the most talked about event in the lead up to the Games and any unique content that could be captured would be shared far and wide. I had a unique perspective and would be one of the people wandering around in those ridiculous gold and white tracksuits… however before we started the long walk to the Olympic stadium every GB athlete was briefed. We weren’t to walk around with our phones out filming. They didn’t want Team GB’s image to be that of “I’ll film this and share it”. They wanted us to take in the fact that this was a once in a life time experience and to also pay respect those that had come to see and support us.

This shows that there were already concerns around social media and its cause and effect on live experiences. Four years down the line and with inventions like the “Selfie Stick” there are further divisions between those that want to capture content to share, and those that want to get the raw experience. For the latter having phone screens blocking your view and flashes disrupting performers is ruining the experience. In Rio I think we can expect even more bespoke social campaigns used by sponsors to drive strategy, capture data and create even more meaningful interactions with their audiences. This strategy will encourage closer following of (favourite) athletes and thirst for information and insight into their lives. The BOA has foreseen this and placed tougher restrictions on athlete’s personal promotion throughout the competition period. At present social media and digital campaigns are more embedded in the live experience than ever before but will this last forever? Four years on from now and looking ahead to Tokyo 2020, will the live experience evolve again? Will these divisions grow between those wanting content and those wanting the real time? With 2016 set to be the year of Virtual Reality will we need to even sit in a stadium to get that live experience

It is no secret that the digital and social landscape is changing the live experience but the most pressing question is arguably how far will it go and how digital do we want our world to be?